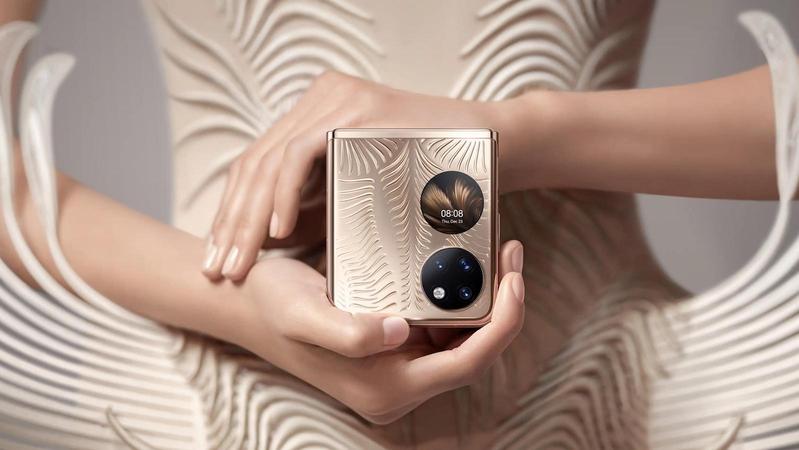 The phone launches in China today, but won’t be coming to the US

If you buy something from a Verge link, Vox Media may earn a commission. See our ethics statement.

Huawei has officially announced the P50 Pocket, a clamshell-style folding smartphone that has a circular, 1-inch external display for quick access to notifications and widgets. The device launches in China today, though US sanctions (which mean Huawei can’t use key tech like Google’s Android OS) mean the P50 Pocket won’t make any impact in the West. 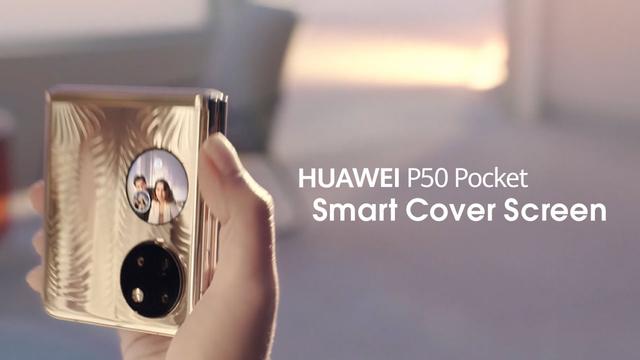 Huawei teased the handset earlier this month with a photoshoot focused on the P50 Pocket Premium Edition that appeared in Harper’s Bazaar China. This version of the device was created with Dutch designer Iris van Herpen. It has a gold or silver finish, and a 3D pattern on the exterior surface that’s typical of van Herpen’s work, resembling feathers or leaves.

The P50 Pocket’s main camera array has a 40-megapixel main sensor, 13-megapixel wide angle lens, and 32-megapixel “super spectrum” lens which Huawei says captures a greater range of color. There’s a hole-punch camera built into the main display, but Huawei notes that the phone’s foldable design makes it more convenient to use the main camera for taking selfies, with the 1-inch cover screen doubling up as a viewfinder.

Huawei is positioning that same “cover screen” as a big part of the P50 Pocket’s appeal. As well as showing notifications or the time, the screen can be used for widgets, letting users control music, follow directions, and so on. So, for example, if you’re using your phone to navigate in a new city, the cover screen will show discreet, turn-by-turn directions, rather than forcing you to open up the large 6.9-inch main display to check your position.

The P50 Pocket also has a new hinge which leaves zero gap between the screens when folded. This compares favorably to devices like the Samsung Galaxy Z Flip3, which is another clamshell but has a slight tapering gap when folded. The P50 Pocket also has face unlock on both the main and cover screen, and a side-mounted fingerprint unlock sensor — handy when many people are still commonly wearing masks during the pandemic.

During a presentation, the CEO of Huawei’s consumer business group, Richard Yu said the clamshell design offered a more refined take on folding devices. “It’s very delicate and exquisite,” said Yu. “We want to bring elegance to you, on the go.”

Subscribe to get the best Verge-approved tech deals of the week.

Please confirm your subscription to Verge Deals via the verification email we just sent you.

By signing up, you agree to our Privacy Notice and European users agree to the data transfer policy.