Poll of the week: Do you find Xiaomi's phone catalog confusing?

Poll of the week: Do you find Xiaomi's phone catalog confusing? 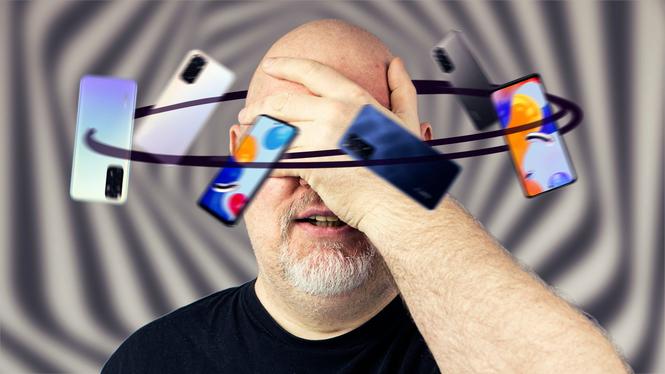 It's relatively rare that the German-speaking, French-speaking and English-speaking NextPit communities are as united as they are today: You think that Xiaomi is really causing chaos with its product policy! Let's check out your reactions now.

I already said it: You all agreed on our first question. 88% of you think that Xiaomi's huge smartphone portfolio is confusing. The strongest signals came from France with 95%! In the following diagram, you can see this clear statement in visual form:

Our reader Olaf from the German community mentions an interesting aspect: Many models also mean that it will be more difficult for Xiaomi to maintain the software. He writes:

However, it is also interesting to note that about one in four in the English-speaking community (Germany 18%, France 16%) states that the number of smartphones released would not matter. That means that at least some of you don't care about the model chaos because you know pretty precisely what you want to buy. I find it quite funny that two percent of our readers in France and Germany actually demand even more models.

If it has to be Xiaomi, then it must be the new flagship!

This also brings us to your purchase intentions. We can see that the picture is a bit less uniform than in the previous questions. There is at least one point of agreement: On all three domains, the dominant answer was that you don't want to buy a Xiaomi phone at all.

If we then look at the different model series, the Xiaomi 12 series is in the lead overall. More than 25% across all communities said they would buy one of the top smartphones as soon as they are available. However, France is a bit out of line, because the interest in the Redmi Note 11 series is even higher there. Thus, 31% of our French readers are eyeing the mid-range, while in other domains it is about half (16%).

With that, we have answered and discussed all three questions. Finally, we want to make it clear that the survey was not about evaluating Xiaomi's smartphones or their quality, but only the product policy. You have made a clear statement in this regard, thank you very much for that!

On Friday, there will be a new poll and then we will deal with another smartphone giant and their product lineup, that much is already revealed.

A few days ago, Xiaomi introduced the Redmi Note 11 series. The global versions of the Xiaomi 12 and Xiaomi 12 Pro should follow in the next days. And there will be many more launch days from Xiaomi in 2022 with many more smartphones. Reason enough to ask: Can you still see through Xiaomi's product policy?

I must say first that I like Xiaomi, I really do! When I tested the Xiaomi Redmi Note 10 Pro last year, I was blown away. It is amazing what the Chinese manufacturer offers in this price range. The manufacturer's devices are sometimes really innovative, sometimes extremely well-equipped and almost always surprisingly inexpensive for what is offered.

Chaos has a name: Xiaomi!

But it's getting to be too much for me. Xiaomi launches new smartphones very often in the year. Just in December came the Xiaomi 12 series for China, then soon we expect the Xiaomi 12 devices for the global market. In between, we had the four Redmi Note 11 series smartphones in January. There are budget, mid-range and high-end smartphones, different series, different brands and sub-brands.

And as if it wasn't bad enough, there are also rebrandings - identical smartphones that bear different names in different markets. With that, the chaos is still not complete. The model names are sometimes inconsistent and also not always purposeful.