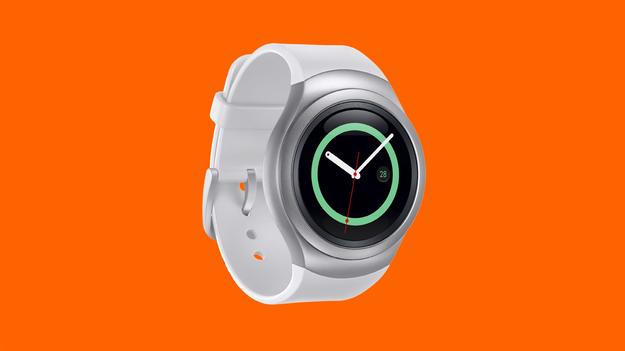 Just a few weeks ago, Samsung teased a new smartwatch at the end of its Galaxy Edge S6+ and Galaxy Note 5 launch event. Details were scant, but the elegant aesthetics looked promising: a circular face, a rotating bezel for controlling it, and—given the 3G connectivity in last year’s Gear S—possibly the ability to use it for voice calls and texts without being tethered to a phone.

It looks like Samsung has delivered on all promised fronts. The new Samsung Gear S2 is indeed round, the bezel rotates like a little steering wheel to navigate apps, and one version of the watch has its own embedded 3G e-SIM card that can make calls and slurp data without a phone. There’s also another version of the Gear S2 without that 3G connectivity. Both options include Wi-Fi, Bluetooth 4.1, and NFC, and the ability to use it as a wrist-mounted credit card via Samsung Pay support.

Perhaps the most impressive part of the new watch is the dimensions of its face. With a 1.2-inch-diameter AMOLED display—one with a befitting resolution of 360x360 pixels—the screen is significantly smaller than that of the Moto 360. It’s more along the size of the LG G Watch R, which should give it a bit more of a “normal watch” size and look. And both versions of the watch have an IP68 dust- and water-resistance rating, which mean they should be fine to wear in the shower. 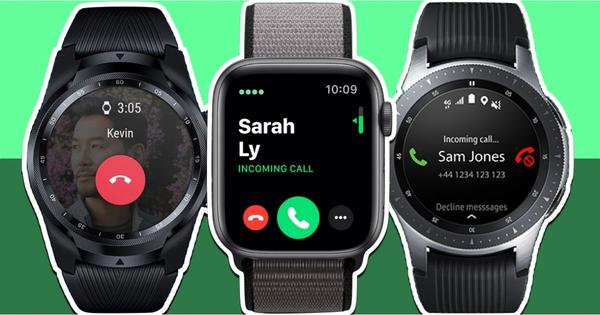 That said, the non-3G version of the watch is 11.5mm thick, which is the same depth as the Moto 360 and a millimeter thicker than the Apple Watch. If you want the 3G version, that depth chunks up to 13.4mm. Both versions of the watch have a display with a pixel density of 302ppi, which is a bit shy of that of the Apple Watch (326ppi).

But that extra thickness may be the key to Samsung’s battery life claims. With the non-3G version of the Gear S2, the company says you can expect two to three days of juice off a single charge. The 3G version of the watch, which has a 300mAh battery instead of the 250mAh unit in the non-3G watch, purportedly gets up to two days from all that extra tower-pinging. Both versions of the watch charge wirelessly, according to Samsung.

Under the hood of each watch, there’s a dual-core 1GHz processor with 512MB RAM, a paltry 4GB of storage, an accelerometer, a heart-rate monitor, a gyroscope, and a barometer. These watches also aren’t part of the Android Wear family: They both run Tizen, which means they’ll likely only play nice with newer Samsung Galaxy phones. They do offer voice controls, but those will be powered by Samsung’s S Voice system rather than Google Now.

So we're a little bit closer to the promise of a bonafide Dick Tracy communicator, even if we'll probably have to pay a couple of phone bills to use it. Samsung hasn’t announced pricing, watchband styles, or release-date details just yet. With IFA beginning in Berlin later this week, all that information is likely to be just around the corner.