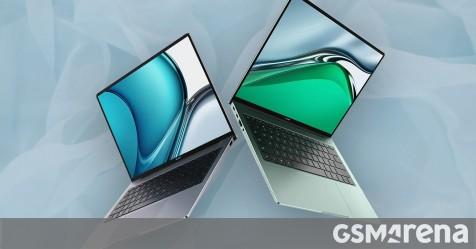 Huawei unveiled a small powerhouse of a laptop – the MateBook 14s features an Intel 11th gen (Tiger Lake) processor with up to 54W TDP, accessible via the Fn+P shortcut. Fn+R triggers its other key selling point, the 90Hz refresh rate.

The laptop has an aluminum-alloy body that weighs 1.43kg (3.15 lbs) and measures 16.7mm thick (0.66”). Even so it can keep the powerful processor cool with its two shark fin fans and two heat pipes. The hinge inlet design promises 25% better air intake than traditional designs.

The base configuration comes with 8GB of LPDDR4X RAM (dual-channel), but you can get a 16GB upgrade. Similarly, the base storage is 512GB (NVMe) with an option to double it to 1TB.

While it runs Windows, Huawei has installed its AppGallery on the laptop, allowing it to run Android apps as well. This feature is not mentioned in the English language specs, however, so it may be exclusive to China. Windows 11 (which this laptop is compatible with) will gain Android app support with a future update. 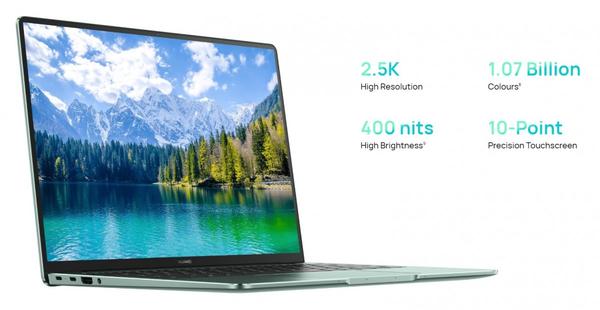 If you have a tablet running HarmonyOS 2.0 you can pair it with the laptop to use as a second screen. Additionally, you can drag and drop files between the two devices as well as control the tablet using the laptop’s keyboard and touchpad.

Speaking of, the keyboard a scissor mechanism with 1.5 mm key travel and 3 levels of backlighting. Like on a phone, you have the option for face unlock or using the fingerprint reader (which is built into the Power button).

The laptop has some impressive audio hardware. It is the first with Huawei Sound, which uses the 4 built-in speakers to create a surround sound experience. Also, there are four microphones that can pick up your voice from 5 meters away (16 ft) and reduce ambient noise.

The laptop is powered by a 60 Wh battery and comes with a 90W USB-C charger (which can be used with tablets and phones too).

You can have a closer look at the laptop here.