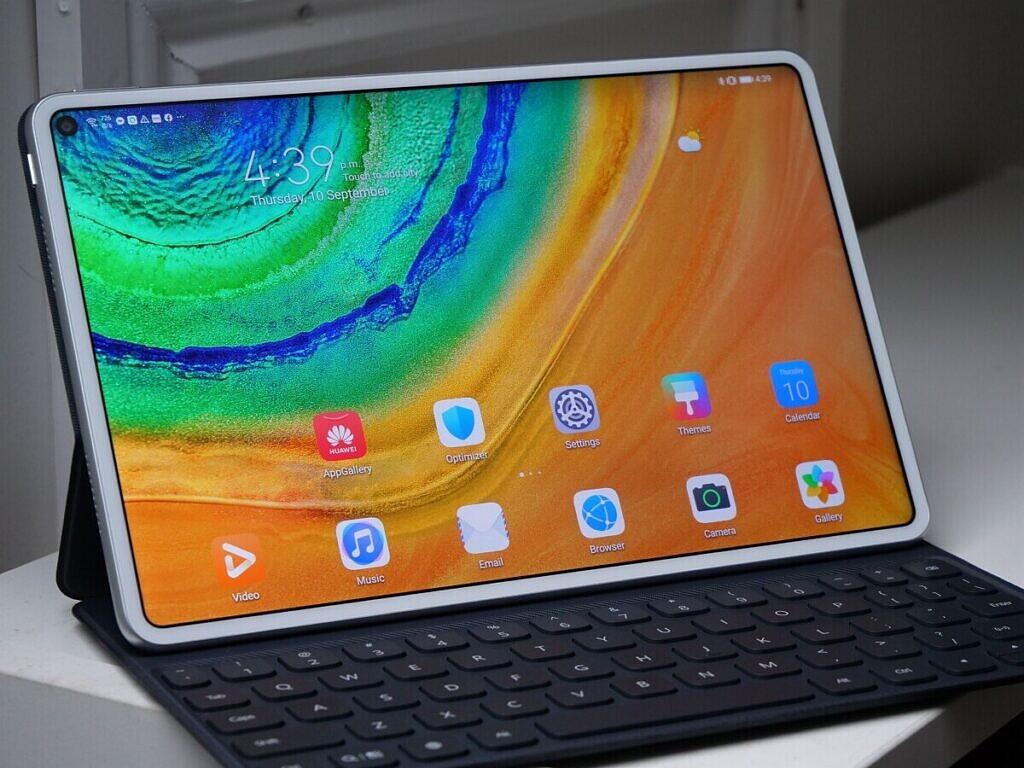 Look around the next time you're at a coffee shop or airport. Although it's possible I haven't been looking hard enough, I don't think I've ever spotted an Android tablet out in the wild, much less a tablet that runs HarmonyOS, the operating system Huawei built to run on its devices in place of Google's Android.

That changed when I tested the slender new Huawei MatePad Pro 12.6 -- the tablet Huawei is positioning as a competitor to Apple's iPad Pro. The Huawei brand has been making inroads around the world, but because of its fraught, often litigious relationship with the US government, the electronics manufacturer hasn't struck gold in American markets.

Get the CNET Apple Report newsletter

The end result is that, for now, this device runs HarmonyOS, which looks and acts a good deal like Android, but is not. In practical terms, it can run many Android apps, but you lose the Google Play Store and key Google-made apps like Maps, Gmail and YouTube. Instead, the main app store is Huawei's own App Gallery (more on that later).

Big screen, but not quite a laptop

Like Apple, Huawei has outfitted the 12.6-inch MatePad Pro with a processor built in-house. The Kirin 9000E chip does its job, and it does it quite well. I scrolled on TikTok, played Angry Birds 2, typed in Huawei's Notepad app, doodled in a drawing app -- and not once did the tablet lag or keep me waiting. Adding to the tablet's functionality is the helpful Optimizer app, which enables you to quickly close apps and clean up storage.

Coupled with the tablet's processing power is a user experience smooth as butter, courtesy of HarmonyOS 2. All the swipes and scrolls are remarkably intuitive to the point that I, a physical home-button devotee, didn't find the absence of a home button too bothersome. (In fact, its absence is what enables the screen to take up virtually the entire tablet with a gorgeous OLED display.) The productivity setups are also worth noting: App Multiplier lets you open up two side-by-side windows in the same app when in landscape mode, and you can sync up your tablet with a PC. 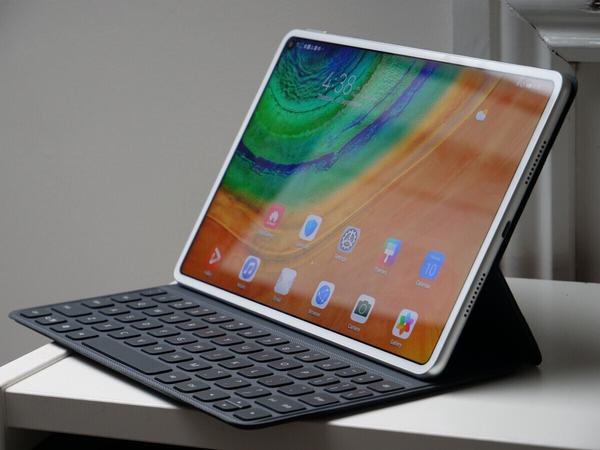 You'd think a tablet with a great screen and multitasking would suck up a battery, but that's not what I found. In anecdotal testing, it lasted about 13 hours on a battery-drain test in which I continuously looped a streaming video. The tablet also features wireless charging and, on top of that, reverse wireless charging, which means you can place your Qi device on the back and get some charge on it.

As with most modern phones or tablets, there are three camera sensors on the back: a 13-megapixel primary lens, an 8-megapixel wide-angle lens and a 3D depth-sensing sensor. Photos come out sharp and vibrant, if not at the same level as an iPad Pro. If you get this tablet for any reason, get it for the cameras, its customizable aperture and its features like portrait mode, night mode, light painting and AR. Notably, the front-facing camera is halfway down the tablet on the right side. It won't work for Snapchat users or vertical-selfie takers: When you look at the screen as you take a pic, it looks like you're looking up and to the side. But if you're using it for video calls (You can side-load Zoom) or landscape photos, it's perfect.

As for the device's exterior (available in matte-gray and olive green), it's long. Almost a foot long. Held vertically, it's 7.3 inches across and 11.3 inches tall. Huawei's website calls the tablet "sleek" and "compact," and although it's certainly sleek with a thickness of 6.7mm (just barely thicker than the iPad Pro) and a weight of 609 grams (just barely lighter than the iPad Pro), I wouldn't call it compact. Holding it portrait style, I found myself having to hold it against my stomach. It's a little awkward to hold and type on, and your thumbs don't quite meet in the middle in vertical view nor in horizontal view.

But fortunately for those who use their tablets to write, the hybrid keyboard-case, which Huawei says is sold separately "depending on markets," makes the setup conducive to heavy-duty typing. The case is unbelievably magnetic, snapping easily to the tablet's body for a secure fit. The pen, whose tip is so razor-sharp it's mind-blowing that it doesn't puncture the screen, charges when magnetically attached to the side of the tablet, similar to the Apple Pencil.

Huawei is proposing the MatePad Pro as an outlet for creativity -- and in order to be creative on a tablet, you need apps. That's where things get dicey. Like everything else on this tablet, Huawei's AppGallery has a user-friendly, navigable interface. But although you can get a few mainstream apps, there is a whole lot you can't get. In some regards, AppGallery is a bit like the wild west. The first option under "top-rated apps" is something called "OfficeSuite - Office, PDF, Word, Excel, PowerPoint." Sounds pretty legit -- until you click on it and realize there's one rating, and it's one star. (But you can also download the real Microsoft Office.) Other options include the Chinese online retailer Alibaba and Spotify competitor Deezer. The severed partnership with Google is pretty noticeable: no Google Play Store, no Google Maps, no Google Drive, no Google Photos. Huawei seems to have developed an alternative called Petal, with Petal Search, Petal Maps, etc. Petal Search is organized quite nicely, with a feed, news, weather, music and easy access to Petal Translate and currency converter. Petal can also help find and install APK files for Android apps, not in the official app store, but as always, exercise caution when sideloading apps.

For the apps you can get, you can arrange them beautifully. You can make a "large folder" where you can categorize the apps but still open them without opening the folder first. While you're in one app, you can swipe from the side to access others.

Regardless of how you weigh the pros and cons, you might not even have the opportunity to make a purchase decision about the MatePad Pro. It's for sale in parts of Asia, the Middle East and Europe, for prices that translate to around $900. We don't know when or if it'll be available in the US, and a Huawei spokesperson tells us it'll likely only be available for now through third-party resellers on sites like Amazon.

You might recall the iconic moment from the 2004 teen flick Mean Girls when, after Gretchen Wieners tries to introduce "fetch" as a new slang word for the umpteenth time, queen bee Regina George finally snaps: "Gretchen, stop trying to make 'fetch' happen. It's not going to happen."

Regarding Huawei's efforts to make Huawei or HarmonyOS happen in the US, I share Regina's sentiment. But just as Gretchen's "fetch" is a pretty cool term despite its failure to catch on, Huawei's products themselves deliver on the hardware level. This new tablet is well-made, but it's near-impossible to buy in the English-speaking world, and it requires too many compromises with app choices to justify switching from an Apple or Android tablet right now.