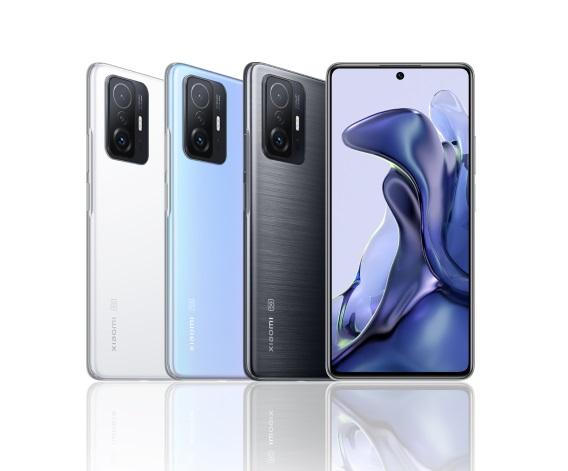 With the news that Xiaomi has rocketed up to second place in global smartphone market share for the first time, it’s no surprise that its high-end yet affordable handsets continue to gather momentum. Especially while we find ourselves in the clutches of a pandemic, with consumers keeping a more watchful eye on their wallets.

Xiaomi is back at it again for the latter half of 2021 with the 11T Pro, a moderately stripped-back version of its flagship-killing handset launched earlier in the year. With a slim list of cutbacks and a similar list of top-end features, does the 11T Pro have what it takes to keep Xiaomi’s name in the spotlight?

Xiaomi 11T Pro review: What you need to know

You probably know the drill by now, but the Xiaomi 11T Pro is another of those affordable handsets that make you wonder why you used to spend so much. It’s stuffed with all sorts of niceties, including the Snapdragon 888 – Qualcomm’s fastest mobile CPU yet – a 120Hz AMOLED display and a 108MP camera. It’s also the first smartphone with support for blisteringly fast 120W wired charging.

There’s not a lot that differentiates the 11T Pro from the more expensive Mi 11 Pro. The resolution of the screen is lower (FHD+), it lacks IP68-rated waterproofing (IP53), it doesn’t have the 5x optical zoom camera of the original and there are a few concessions when it comes to the design, but that’s pretty much it.

Considering how little it costs, the 11T Pro’s slim list of downgrades can mostly be excused. Coming in at just £599, Xiaomi’s newest flagship killer is £150 cheaper than the Mi 11 and there’s not much else that gets in the way at this price.

The first phone it comes up against is Apple’s iPhone 12, which has recently dropped in price to £679 following the arrival of its successor, the iPhone 13. Admittedly, this is still £80 more expensive than Xiaomi’s handset, but you’re still getting a pretty good deal.

There’s also the OnePlus 9, which costs a bit more than the 11T Pro at £629. You might want to give this one a miss, however, since its Hasselblad-partnered cameras were a big letdown in my tests and it lacks any official form of IP-rated waterproofing.

The 11T Pro differs quite a bit from the Mi 11 Pro in terms of design. Xiaomi has clearly stripped things back, with an unassuming plastic rear that’s prone to picking up greasy fingerprint smudges. There aren’t as many fancy finishes to choose from, either: plain meteorite grey and moonlight white options sit alongside the subtly iridescent celestial blue, which is much easier on the eye.

It’s also a bit of a brute and, even with big hands, it can be a challenge to use. The 11T Pro is quite wide – measuring 77mm from side to side – which means one-handed use is mostly out of the question, unless you have very long thumbs. It also isn’t easy on the wrists, weighing a hefty 204g.

That said, the front of the phone looks swish, with the screen taking up most of the available space and a neat hole-punch notch sitting in the middle of the 11T Pro’s top edge. The unusual main camera array on the back also stands out because it doesn’t look anything like the iPhone-like arrangements we’re used to seeing from Apple’s imitators.

Unlike the OnePlus 9, the Xiaomi 11T Pro is also IP53-rated for protection against dust and water. This means that, while it won’t necessarily survive being submerged in liquid for any length of time, it should at least withstand being left outside in light rain. Unfortunately, this seems to have necessitated the removal of the 3.5mm headphone jack. 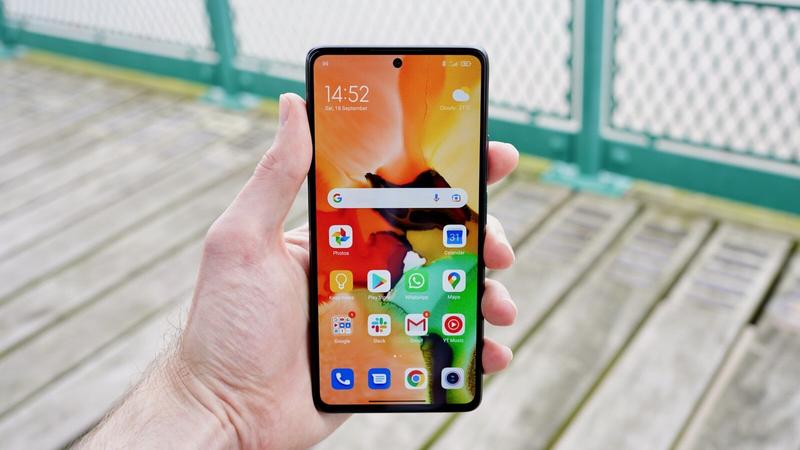 Something I do like is that the side-mounted power button can also be used as a fingerprint reader, alongside the usual PIN, password and face unlock methods. You can also squeeze a second nano-SIM into the phone’s card tray, which is handy if you’re planning on going abroad and need to use an international SIM.

READ NEXT: The best mid-range smartphones

What really sets the 11T Pro apart from everything else, however, is charging. Xiaomi’s latest flagship killer supports 120W USB-C wired charging that, in my tests, whizzed all the way from zero to full in just under 20 minutes. In comparison, the iPhone 12 merely supports 20W charging and, unlike Apple, Xiaomi has included a 120W charger in the box. Take that, Tim Cook.

And like the Mi 11, I’ve got no qualms with the quality of the 11T Pro’s screen. That’s no surprise as Xiaomi has produced exceptional smartphone displays in recent years, but it’s good to know that the 11T Pro isn’t any different.

Colour accuracy is bang on, with an average Delta E of 1.13, and the phone’s sRGB gamut coverage of 97% (with a total volume of 98%) is as good as you could hope for. Brightness peaks at 867cd/m² while viewing HDR material, which means it’s well suited for Netflix binges on the daily commute, now that we’re doing that again.

Qualcomm’s Snapdragon 888 powers the phone alongside 8GB of RAM, and there’s 128GB of non-expandable storage and a beefy 5,000mAh battery. Looking at the performance figures in the Geekbench 5 tests, however, things are a bit unusual: the 11T Pro is 23% slower than the Mi 11 Pro (which also uses a Snapdragon 888) in multicore and 28% worse in single-core processing.

I thought something had gone wrong with the test at first, but after running the application multiple times this was the best I could squeeze out of the phone, with the figures varying wildly with each test. Either there’s an incompatibility issue with Geekbench 5 or the 11T Pro has some sort of background power management weirdness that’s skewing results.

To be clear, you won’t notice any performance hiccups in operation. The phone unlocks in the blink of an eye, juggles applications without any fuss and runs high frame-rate games on the Google Play store – such as Alto’s Adventure and Call of Duty Mobile – without a hitch.

Unfortunately, the 11T Pro stumbles when it comes to stamina. Lasting for just 18hrs 14mins in our video rundown test, its battery life is roughly an hour and a half longer than both the Mi 11 Pro and iPhone 12 under the same conditions. However, it’s a way off the handsets we’ve been reviewing recently that last over 20 hours.

The Xiaomi 11T Pro runs Android 11 from the get go, albeit with Xiaomi’s own MIUI 12.5 skin placed on top. Oddly, this functions more like Apple’s iOS in some cases, with access to a Control Centre-like settings menu if you pull down from the right edge of the screen. This is a separate area from where you view notifications (pull down on the left), enable mobile data and Bluetooth, adjust Wi-Fi settings or alter the screen’s brightness, just like on an iPhone.

There’s a decent amount of customisation at your disposal, too. You can choose between various preinstalled live wallpapers, adjust themes and tinker with the arrangement of apps on the homescreen. It does come with a long list of preinstalled applications, though, such as AliExpress and Trip.com, but these can be easily uninstalled.

As expected, the 11T Pro’s cameras are spectacular. Capturing 12MP images by default, I was impressed with the 11T Pro’s ability to snap scenes almost exactly as your eyes might see them, with a good amount of detail, a subdued colour palette and plenty of contrast. Put them side by side with the same pictures taken on the iPhone 12 Pro and you might struggle to tell the difference.

Where you will notice a disparity, however, is in portraits. The Xiaomi 11T Pro applies a face-softening beautification filter, even with the slider set to zero, and the edges of your subject aren’t quite as well defined.

The good news is this is the only issue I have with the 11T Pro’s cameras. Macro pictures looked very good – even if it is little more than a gimmick – and the camera’s software experience is relatively straightforward.

As for video, the 11T Pro’s 8K footage isn’t stabilised, so you’ll need to invest in a decent tripod or rest the phone on a steady surface while recording. This mode is also limited to 30fps, with a maximum recording length of six minutes. Quality-wise, the footage is pretty exceptional, picking up plenty of detail with a remarkably snappy focus.

The Xiaomi 11T Pro is pretty much the complete package. Despite a few stumbles along the way, most notably with regards to battery life and some inconsistent performance figures, Xiaomi’s newest flagship killer is still a force to be reckoned with. There’s more than enough here to keep Xiaomi firmly in the spotlight for at least a little while longer.

Crucially, the 11T Pro proves again that there’s no need to hand over flagship-sized sums when your phone contract reaches its end. A smartphone for the savvy buyer, Xiaomi’s latest flagship-killing option is another deep breath of fresh air.