Xiaomi 11i HyperCharge Review: Hyper convenient, with an asterisk

Xiaomi 11i HyperCharge Review: Hyper convenient, with an asterisk 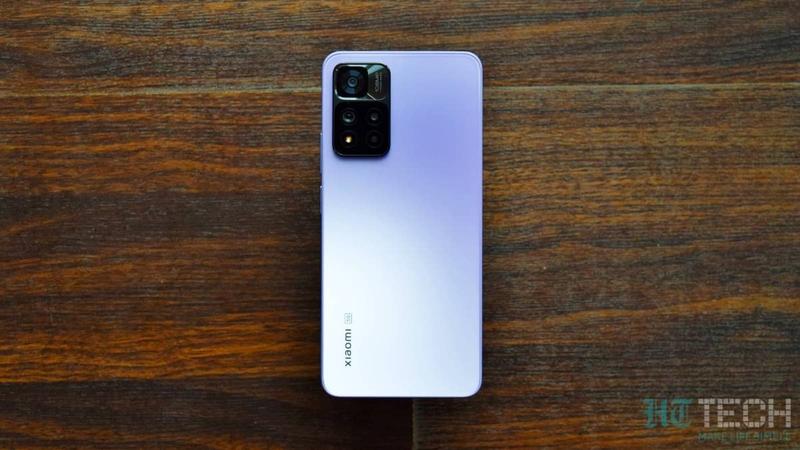 The Xiaomi 11i HyperCharge is a bold step forward for Xiaomi to take on a segment that is dominated by Oppo, OnePlus, Vivo, and Samsung. But instead of focusing on front cameras and design alone, Xiaomi focuses ons omething that matters more to us Indians – battery charging speeds. Or, that is what Xiaomi assumes. And, this 120W charging thing is not a gimmick – charging every other phone, including the iPhone 13, feels painfully slow in comparison.

But what about the rest of the phone? Even if you are paying₹26,999 for the base 6GB/128GB variant, it is only natural to expect a wholesome smartphone experience. It feels fine for the most part but its underlying Redmi DNA is quite evident; something that the similarly priced Xiaomi 11 Lite NE 5G doesn’t impart. Does that mean the Xiaomi 11i HyperCharge is a one-trick pony?

After having spent over 10 days with it, let’s discuss it. And since this one is all about its charging speed, let us begin from there.

Xiaomi 11i HyperCharge Battery and Charging

After receiving a lot of queries regarding its actual charging speed and safety, here’s what I want to clarify – the Xiaomi 11iHyperCharge charges just like any other smartphone. The battery heats up normally like any other smartphone. I cannot confirm the longevity of the battery with just a few days of usage but Xiaomi claims 800 charge cycles only reduces the capacity by 20 percent; for now, we have to take Xiaomi’s words. So, does it charge in 15 minutes as Xiaomi claims?

Not exactly. The 15-minute full charge claim is only valid when the phone does not have any apps preloaded, no Google account logged in, and no wireless connections. In amore real-world scenario, it takes close to 20 minutes to top up from 15percent battery. Note that this is with the Boost Charging mode switched on. The phone keeps on reminding to turn it off and charge slowly in order to reduce the heating. Good for safety reasons but it contradicts spending extra for the 120W system if the slower speeds are recommended!

Another curious observation – the phone does not enable fast charging if you plug in the 120W charger while taking a video call. This could be for keeping the temperatures down (since video calls heat up the internals a lot) but if you seek a quick top-up while talking, you have to disconnect and wait for at least 10-15 minutes for another 2-3 hours of video calling time. Is it useless then?

Absolutely not. Charge it normally and it is a joy to see your phone all ready in just 17-20 minutes, especially in-between office workflow. Even a 5-minute recharge can extend the battery standby easily by 3-4 hours. This phone renders the concept of overnight charging useless. Even if you turn off Boost Charging, a full battery from under 20 percent is possible in less than 30 minutes. This is the kind of convenience you pay for and the Xiaomi 11i HyperCharge totally justifies it.

As for the battery stamina, the 4500mAh capacity battery makes the HyperCharge a 1-day phone easily, sometimes with 25-30 percent left. The Dimensity 920 coupled with MIUI 12.5 carefully sips battery life when exposed to a moderate use case. Subject it to an hour of gaming though and you could need a top-up by evening.

Another area where the HyperCharge impresses. The MediaTek Dimensity 920 chip inside is highly capable of keeping up with our abusive use patterns. Benchmark scores put it on par with the Snapdragon 778G but being a new chip, most games aren’t well optimised yet. Hence, when you see BGMI or Call of Duty: Mobile running at Medium graphics with High frame rates, don’t be disappointed. It is up to the game developers to optimise it (an issue most MediaTek phones face).

For regular smartphone tasks, this Dimensity 920 chip is more than enough. Subjecting it to rigorous 30-minute sessions of Instagram, Facebook, and Twitter each, the phone kept its cool and kept processing everything smoothly with nary a lag, or hiccup. App loading times are quick and the whole experience feels lively. But this is also partly due to Xiaomi’s excellently tuned MIUI 12.5 OS.

Based on Android 11, MIUI in its 12.5 avatar is among the most well-tuned software experiences on a phone. Fluid animations make every interaction feel natural and there are oodles of customisation options to play with. In fact, nobody does customisation as nicely as MIUI right now. The superior vibration motor puts haptic feedback on most UI interactions; it makes it a delight to simply use this phone. 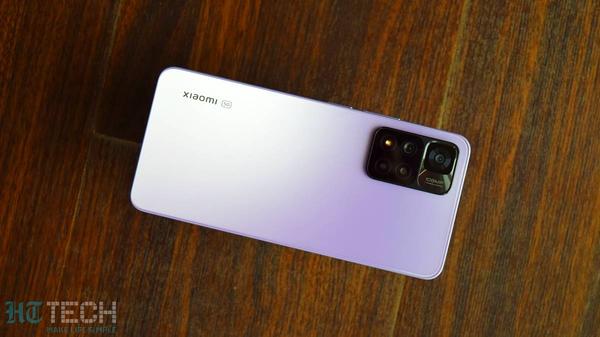 Then there’s the audio performance out of the dual speaker setup. The quality of the audio output is much better than most other phones. Catching up with YouTube videos, or playing Call of Duty: Mobile on these speakers is a good experience; there’s enough midrange grunt with decent low-end punch and clear vocals. And for those concerned, the 3.5mm audio jack with its fantastic DAC makes using high-impedance headphones enjoyable.

These speakers prove themselves while taking calls on the loudspeaker. They are loud enough for comfortably doing conversations in loud Indian ambiences. Connectivity wasn’t an issue on my Jio SIM card, with the phone sticking to the mobile data and Wi-Fi networks. There’s support for 5G networks too but at this stage, your guess on how it would work is as good as mine; we will have to wait for years before we could try a 5G network in our country.

On paper, the 6.67-inch Full HD+ AMOLED display with its 120Hz refresh rate feels right. Sadly, this is where the phone’s Redmi DNA starts coming out. Make no mistake, this is a very good display for watching movies, scrolling through Instagram posts, and playing games. The touch response is top notch and it gets plenty bright under the sun. And with the Gorilla Glass 5 protection, this should resist scratches well, even though there’s a screen guard pre-installed.

However, next to the 10-bit display on the Xiaomi 11 Lite NE 5G, it looks slightly dull. And those are some thick bezels by today’s standards; Samsung’s boring looking Galaxy M52 has much slimmer bezels.

The Redmi DNA is transmitted to the camera performance too. On paper again, this 108MP + 8MP + 2MP rear camera setup sounds impressive. As long as the daylight is full of bright sunshine, you will see some gorgeous looking photos with bumped up colour saturation, lots of details, decent contrasts and good sharpness. The 108MP mode comes to the rescue if you need to pixel-peep on a faraway subject. And since this is a large sensor, the natural depth of field on close ups looks awesome.

It is under challenging low light situations where you can see the performance dropping; an area where the Galaxy M52 5G edges ahead. At night, it takes good enough photos but there’s a noticeable drop in sharpness, even though it takes in a lot of light. The ultra-wide camera photos are usable in daylight only; the colour science is widely different from the main camera, and the overall treatment is several notches down.

The 2MP macro camera is a bigger disappointment after some awesome 5MP macro cameras on last year’s Xiaomi and Redmi phones. The colours look dull, the subject looks blurry and there’s a lot of over sharpening going on. You can get better macro shots by simply using the 2x digital crop zoom on the main camera.

As for the 16MP front camera, it performs decently. The dynamic range is limited, which results in cooler skin tones. There’s some artificial sharpening going on but as long as you have good lighting, you will get nice looking selfies. Xiaomi’s portrait mode effects are easily the best I have seen on any phone yet (even better than the iPhone 13 Pro Max’s effects); the subject separation and the custom effects are fun to play with.

The camera app is feature-rich, with lots of things to play with. The VLOG mode and Long exposure are two of my favourite modes.

The biggest evidence of this being a Redmi phone is its design and build quality. Last year’s Xiaomi Mi 11 series had a striking signature “Mi” look and feel; something that’s absent on the Xiaomi 11i models. The camera hump is largely reminiscent of the Redmi Note 11T’s design; not something I want on a phone costing double its price. The flat sides are a nice touch and so is the matte rear glass, which is literally nice to touch (see the word play?).

The fit and finish, though, isn’t on par with what we expect from a “Xiaomi” phone. Last year’s Mi 10i still looks and feels better. That said, next to the dreadfully boring Galaxy M52 and the equally boring “non-suitcase” version of the Realme GT Master Edition, the Xiaomi 11iHyperCharge has more charm and appeal. Our unit with its purple shade looks pretty under both tubelight and sunlight.

The boxy iPhone-inspired design gives it an appeal that other phones lack in this segment. The flat sides are done cleverly though and they don't hurt your palms like the new iPhones. That said, this is still a massive phone by all means; good luck fitting it in those body hugging jeans.

The main reason for most of you to buy the Xiaomi 11i HyperCharge would be its 120W fast charging. If that’s what you mainly seek, you aren’t going to be disappointed. As of now, this is the fastest charging phone under Rs. 30,000. A full charge in around 20 minutes is the kind of pampering strong enough to stop considering slower charging solutions. We will see how soon Realme and Oppo bring their 120W charging to this space, and how fast their systems will be. But for now, nothing beats the Xiaomi 11i HyperCharge, as far as charging speeds are concerned.

Look beyond the 120W charging and there lies a very pleasant Android mid range phone that does everything you can ask. It has got a nice display, great performance to offer, a superb Android experience courtesy of MIUI 12.5, a decent battery life, and a fancy design. That said, the phone’s Redmi DNA is visible and someone coming from a Redmi Note 10 Pro/Max could struggle to find the upgrade in the overall experience. I wish Xiaomi could have tweaked the design and the cameras to justify that “Xiaomi” logo at the back and shake off those Redmi vibes.

But then one look at the competition and the Xiaomi 11i HyperCharge easily emerges as our top recommendation. The Samsung Galaxy M52 5G is too pricey for what it offers at₹29,999 right now. The Realme GT Master Edition has got more comfy dimensions but its cameras are simply bad. The Motorola Edge 20 has a faster 144Hz display and a clean Android experience but the rest of it is undesirable for its asking price.

The only proper challenge comes from the Xiaomi 11 Lite NE for its 10-bit display and the lightweight design, but lacks the “value aspect” this Xiaomi 11i HyperCharge offers.

Rating4 out of 5PriceINR 26,999/-Product NameXiaomi 11i HyperCharge Brand NameXiaomiProsConsSpecifications