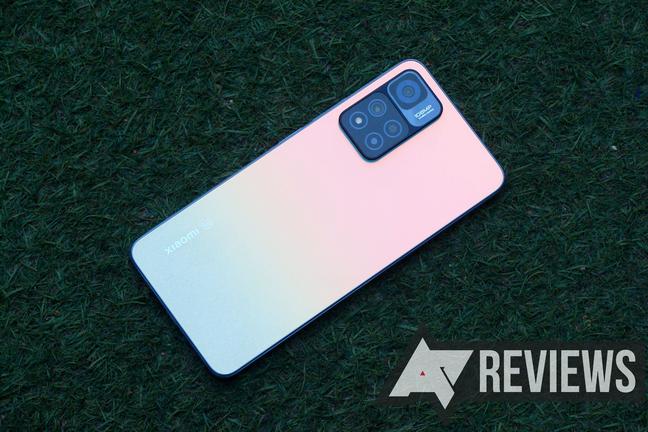 Xiaomi's first smartphone launch of 2022 is here, and it's called the Xiaomi 11i 5G. It has a lot in common with the Redmi Note 11 Pro, which was introduced in China back in October 2021, but the 11i 5G is destined for India. Its biggest highlight is the blazing-fast charging technology that fully juices up the battery in just a few minutes. As has always been the case with smartphones in the Redmi series, you also get a lot of other goodies - including a 120Hz AMOLED display and multi-band 5G connectivity - all at a very reasonable base price of INR 24,999 (about $335). But even though Xiaomi's latest offering stands quite well on its own, it doesn't exactly stand out.

Xiaomi's newest mid-range phone features a 120Hz OLED display, a big battery that charges up in no time, and a lot more. But even with all that, it's not particularly exciting.

Design, hardware, what's in the box

Xiaomi 11i 5G features a somewhat boxy design, complete with flat edges as well as flat front and back panels. That's not meant to be a criticism by any means; this is a good-looking (and well-made) smartphone. That said, the 11i 5G is quite big and heavy—comparable both in size and weight to Samsung's Galaxy Note 20 Ultra—so using it one-handed is almost impossible even for someone with average-sized hands.

The phone's frame is made of plastic, with both the power button and volume rocker on the right edge. The power key also doubles up as a fingerprint sensor that worked perfectly for me. You can even map the button to do anything—from summoning Google Assistant to capturing a screenshot—using a simple double-tap gesture. Up top, you'll find a 3.5mm audio port and an IR blaster, along with one of the smartphone's two speakers. The USB-C port is on the bottom, along with a hybrid SIM/microSD card tray and the second speaker. The speakers, by the way, are genuinely among the best I've heard on a smartphone, even if their sound output is a bit flat.

It's an all-glass affair at the back, with a rectangular triple-lens camera array. It protrudes enough to cause the phone to wobble every time you set it down on a flat surface. My review unit - with the Pacific Pearl colorway - exhibits an iridescent effect when light falls on it. That, combined with the glitter-like pattern on the lower half of the back panel, helps quite a lot in masking smudges and fingerprints. But if you find it too flashy, you can get one of the other color options with matte finishes: Camo Green, Purple Mist, and Stealth Black.

The Xiaomi 11i 5G has a 6.67-inch 1080p flat display with slim bezels on all sides (except at the chin, where it's a little thicker). Since it's an OLED panel, you get enhanced contrast and deeper blacks, and the screen gets plenty bright for use under direct sunlight. The 120Hz refresh rate makes for a smooth experience, too. It's not adaptive and does exhibit some uneven patches when viewed at night (with dark mode turned on), but given the 11i 5G's price, I'm not complaining too much.

If I had to pick one thing that I like about this smartphone the most, it'd undeniably be the haptics. Every action - from typing text to long-pressing an icon - is accompanied by a firm vibratory feedback that makes you want to use the device even more. For this reason alone, I typed the majority of this review on the phone itself!

Xiaomi 11i 5G comes with a 67W power adapter and a USB-C to USB-A cable. The box also includes a clear case, a SIM tray ejector pin, and a quick start guide. 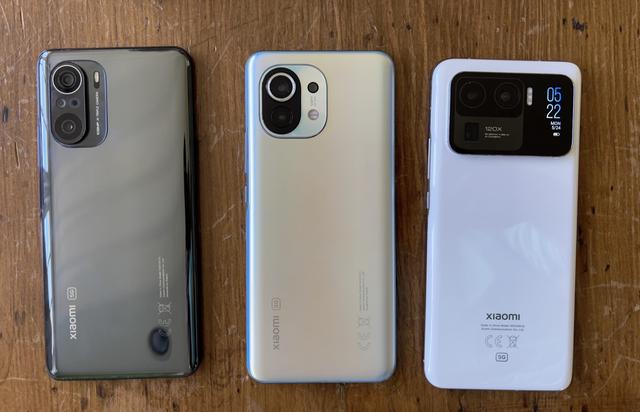 Xiaomi 11i 5G runs MIUI 12.5 based on Android 11, which is rather disappointing, even more so as the company doesn't have the best track record when it comes to software updates. While the odds of the phone getting (at least) Android 12 are good, when that'll happen is anybody's guess.

That said, MIUI 12.5 does include a bevy of useful features like system-wide dark mode, an app lock, and a customizable always-on display. Yes, you do have to wade through a bunch of bloatware, but many of them can be uninstalled. I also found the overall performance to be generally smooth, with no dropped frames or random app crashes. The phone's powered by Mediatek's Dimensity 920 SoC and 6/8GB of RAM, a combo that can handle everything from graphics-intensive games (e.g. Asphalt 9: Legends) to split-window multitasking sans major hiccups. MIUI's RAM management continues to be aggressive though, with apps in memory reloading more often than I would've liked.

Battery life might just be the biggest strength of the Xiaomi 11i 5G. With my typical use, I got around ten hours of screen time on one charge over the course of about a day and a half. Even if you're a heavy user, the phone's 5,160mAh cell will easily see you through the day. Then there's the much-hyped 67W fast charging technology, which to be honest, blew me away. The bundled charger takes a mere fifteen minutes to take the battery from one to fifty percent, with forty two minutes giving you a full charge. Impressive as it is, I have concerns about the battery's lifespan with such fast charging. And even though Xiaomi says it has built in enough safeguards to ensure the battery's health, my advice would be to just use a slower (e.g. 18W) charger when you're not in a hurry.

Just like every other mid-range smartphone these days, the Xiaomi 11i 5G packs in a multi-lens rear camera setup, and while it's far from being terrible, the overall experience is a tad underwhelming.

Don't get me wrong, the 108MP primary sensor (with 9-in-1 pixel binning for an effective 12MP resolution) captures pretty good photos in well-lit conditions. Colors are mostly accurate, and there's ample resolved detail. The sensor's larger size (1/1.52") helps in improving low-light performance as well, even when you don't use night mode. However, that's where the positives (largely) end.

The 8MP ultra-wide sensor works well when you want to fit more into your shots, but its picture quality leaves something to be desired. Colors tend to be a bit too warm, and the sensor struggles a lot to focus on objects. Low-light performance is alright when night mode is enabled, but some noise still manages to creep into photos.

As you'd expect, the 2MP macro lens is basically useless and only exists for padding the spec sheet. It’s fixed focus, and the result is always a grainy mess. You'd be better off ignoring it altogether.

I've never really cared about selfies, but if you do, the 16MP front-facing camera (along with all its filters and portrait mode effects) should work just fine. The camera app itself is extremely easy to use too, and comes with everything from document-scanning functionality to a VLOG mode.

Maybe. Xiaomi 11i 5G is a well-rounded mid-range phone that's got quite a lot going for it. Despite the (totally unnecessary) new name, it's still a Redmi device that continues the lineup's tradition of offering solid value. You get a fairly good 120Hz OLED panel, loud speakers, and of course, that 67W fast-charging gives you a few hours of battery life in barely fifteen minutes. But even with all of that, it's not without flaws. The cameras just about get the job done, Xiaomi's messy update schedule doesn't inspire confidence, and that MediaTek chipset—though powerful—means you'll probably never see a custom ROM.

Then there's the fact that the market is already overflowing with competing smartphones that are just as good as the 11i 5G. For example, Samsung's Galaxy M52 5G also gives you a 120Hz Super AMOLED display and a 5,000mAh battery at a similar price, and it will get comparatively excellent update support. Then there's OnePlus Nord 2 5G, which has a better SoC and comparable 65W fast-charging tech, while only being a little more expensive.

All that said, Xiaomi 11i 5G is still a lot of phone for not a lot of cash. If you don't really care about OS updates and just want a big-screen smartphone that charges up crazy-fast, you could do worse.

We hope you like the items we recommend and discuss! AndroidPolice has affiliateand sponsored partnerships, so we receive a share of the revenue from some of your purchases. Thiswon’t affect the price you pay and helps us offer the best product recommendations.