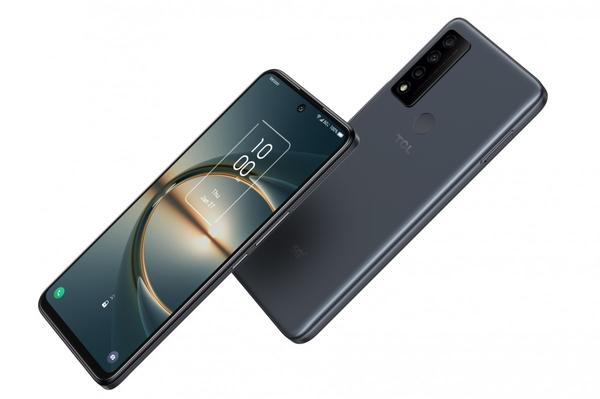 TCL is on a mission to deliver affordable 5G connectivity to everyone and will release a number of products over the coming months. Today’s launches are focused on the US and include two smartphones, one each for two of the country’s leading carriers.

Let's start with the TCL 30 V 5G, which as you can probably guess is for Verizon, specifically its mmWave network. The phone is powered by a Snapdragon 480 (8 nm), which has support for the faster flavor of 5G (it also does sub-6, of course). This is the higher-end of the two models.

It has a slightly larger, sharper 6.67” display with 1080p+ resolution (20:9) and Gorilla Glass 3. The punch-holed camera takes 16 MP photos and can record 1080p@30 fps video. It does face unlocking too, but you can also use the rear-mounted fingerprint reader for securing your phone.

The other place where the V model stands out is the rear camera setup. The star of the show is the 50 MP main camera on the rear (sensor unknown), which is joined by the 5 MP ultra wide module and a 2 MP macro camera. Unfortunately, the main cam can only record 1080p video at 30 fps (no 4K, not even 60 fps).

The chipset is paired with 4 GB of RAM and 128 GB built-in storage (of which 98 GB are user accessible). This can be expanded with a microSD card up to 1 TB in size. The phone also accepts a single nano-SIM card and can act as a Wi-Fi 5 (ac) hotspot for up to 10 devices. HD voice is supported.

Wired connectivity on the TCL 30 V includes a 3.5 mm headphone jack (you can also use the dual speakers for audio), plus a USB-C port on on the bottom, which is responsible for charging the 4,500 mAh battery at 18W. The charger is included in the box and it needs 2 hours to get to 100%. 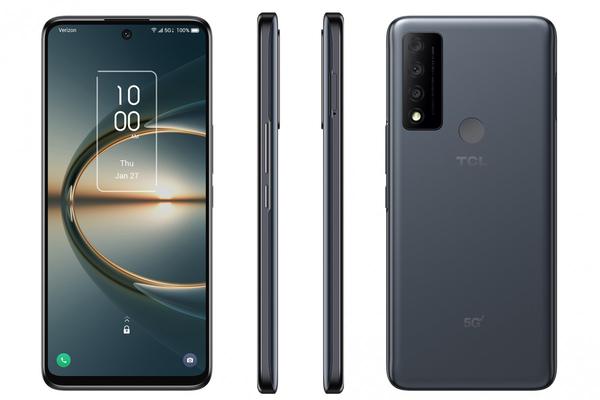 The TCL 30 XE 5G is the company’s first phone for T-Mobile and Metro, however, it will later be made available to other carriers as well. US carriers that is, since it and the V are US-exclusives. TCL has 30-series phones ready to launch in Europe, but they will be unveiled at the MWC.

Anyway, this model is marginally smaller with a 6.52” display, which supports 90 Hz refresh rate (the V display only does 60 Hz), along with 180 Hz touch sampling rate. The bad news is that it only has 720p+ resolution (20:9). Also, it switches to DragonTrail 3 for its protective glass and a V-notch for its 8 MP selfie camera. It does keep the fingerprint reader on the back, though.

Also here is a basic 13 MP main camera, which at least matches the 1080p@30 fps video capabilities of the higher resolution camera on the V model. There’s no ultra wide lens here, just a 2 MP macro and 2 MP depth modules.

The other change is the chipset – a Dimensity 700 (7 nm), which is actually slightly faster than the Snapdragon chip. It gets the same 4 GB of RAM, but half the storage, 64 GB (of which 43 GB are user accessible), plus a microSD slot for up to 512 GB more. Both phones are launching with Android 11 out of the box.

The phone supports HD Voice, along with VoLTE and VoWiFi and can be a Wi-Fi 5 (ac) hotspot for up to 10 devices. It lacks mmWave connectivity, but sub-6 5G should still be plenty fast.

Additionally, the TCL 30 XE has a 3.5 mm headphone jack, but only a single speaker (1W). The USB-C port supports the same 18W charging for the 4,500 mAh battery and again the charger is supplied in the retail package.

The TCL 30 V 5G and TCL 30 XE 5G will become available in the US in the coming weeks, pricing will be announced then. The XE will be launched on other US carriers later this year.

These two phones are just a glimpse of what’s to come from the TCL 30 series – more of them will be unveiled at the MWC (which starts at the end of February).

which xiaomi phone works with verizon