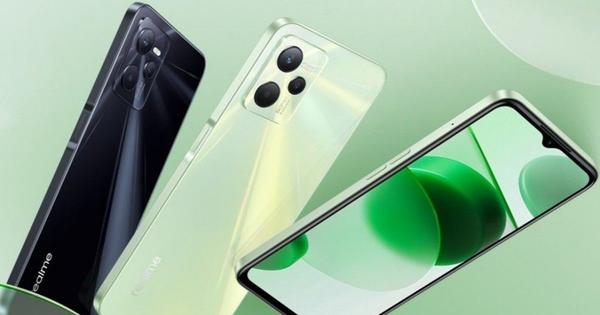 Realme is gearing up to launch a new smartphone in its popular entry-level C-series soon. The company has confirmed that it will introduce the Realme C35 on February 10th. The brand has revealed that the latest smartphone will come loaded with some features that will be introduced for the first time in the C-series, including a new design language, a better camera setup, a high-resolution display, and more.

With this, the phone may have enough arsenal to take on the likes of Xiaomi, Samsung, and more in this price range. Ahead of the launch, we’ve compiled the phone’s launch date, complete specifications, potential price in India and more. Here’s everything you need to know about the Realme C35.

The Realme C35 will be launching in Thailand on February 10th. The company has confirmed that the launch event will kick start at 17:00 local time (3:30 PM IST). One can watch the live stream of the Reame C35 launch event on the Realme Thailand’s YouTube channel and Facebook page.

The upcoming entry-level smartphone from Realme is said to be priced at THB 5,799. This roughly converts to Rs 13,000 in India. So, one could expect it to be priced somewhere under Rs 15,000 price segment when it is launched in India.

The upcoming Realme C35 smartphone will come with a new design language. The company has claimed that the phone will come with a premium design language, which will be seen for the first time in the C-series. As per the renders and teasers, the handset will come with a flat design, which looks similar to the iPhone 13 series. The front panel comes with a waterdrop notch, while the back panel comes with a glossy finish along with a separate module for the rear camera setup. The left side features volume controls, while the right may come with a power/off button. The phone will be available in Black and Green colour options.

Interestingly, the upcoming Realme C35 will be also the first C-series smartphone from the company to come loaded with Full HD+ resolution. As of now, all the C-series phones were equipped with only HD+ resolution. As per the leak, the phone may bear a 6.6-inch LCD display.

Another C-series first feature would be 50MP triple rear cameras. The primary sensor will come with an f/1.8 aperture. The phone may also feature a 2MP macro shooter and a 2MP B/W sensor.

Other Features and Specifications

The upcoming Realme C35 is said to be powered by the octa-core Unisoc T616 processor that is built using a 12nm process. The handset may also come with 4GB of RAM and may be available in two storage options: 64GB and 128GB. Apart from this, the phone may run Android 11 with Realme UI. The device may also feature an 8MP Sony IMX355 selfie shooter. In terms of the battery, we expect it to pack a 5,000mAh unit and 18W fast charging support. The Reame C35 is also said to feature a 3.5mm audio jack, a USB Type-C port, and a side-mounted fingerprint scanner.

Octa Core MobilesRealme 4GB RAM Mobiles Price List in IndiaRealme Mobile Phones Under 10000 Price List in IndiaFacebookTwitterPinterestRohan PalRohan has more 9 years of experience in journalism, of which he's sent 5 years covering technology. He holds a degree in journalism and is obsessed about smartphones. In his free time, you will find him playing games, clicking photos or trying out new street food.

how to switch off xiaomi phone