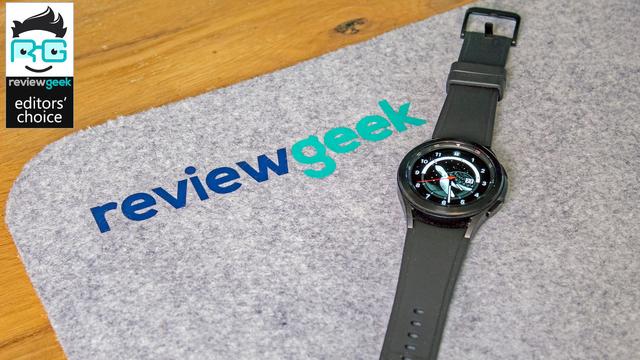 Samsung has had a long history in smartwatches, with a lot of experimentation in features and software ideas. The company's latest Galaxy Watch 4 represents a new phase. Its software is the result of a partnership with Google, the first entry in what could be a whole new line of Android watches using Wear OS 3.

The move may seem surprising, considering Samsung's seemingly strong recent run of smartwatches with cutting-edge health features, and its previous watch's promise to be a super-connected device. But Samsung sees the move as a way to advance its multidevice connectivity even further, and fix some of the problems Google Wear OS faced, too.

Over a Microsoft Teams call, I spoke to Samsung's VP and head of user experience for mobile communications, Yoojin Hong and Hanjun Ku, head of Samsung's UX Design 3 group, who helped me understand what the new changes will mean.

Aiming to be super connected

Hong and Ku both immediately point to deeper cross-device connectivity as the biggest reasons for the OS change. Samsung added a new design principle to its Galaxy Watch 4: "Make Things Responsive." That sounds like an obviously important part of any tech, but here it's specifically referring to the watch being more aware of what the phone is doing… or, other devices.

"In order to expand our ecosystem, there are features in our Wear OS that will be applied across both Google and Android devices, but there are also some Samsung-specific services like Samsung Health which will only be available through Galaxy devices," Hong says. "The key of our collaboration is that we bring the advantages of design principles from both OS which can be expanded across multiple devices."

"We thought that it was time for us to create a new opportunity, so that a watch can become a truly smart digital device. And that's why we collaborated with Google to expand this ecosystem," Ku adds, indicating that the ecosystem could allow Samsung's watches to more seamlessly hook up with other devices down the road. "I believe that our Galaxy Watch 4 series is an important bridge toward creating these opportunities." 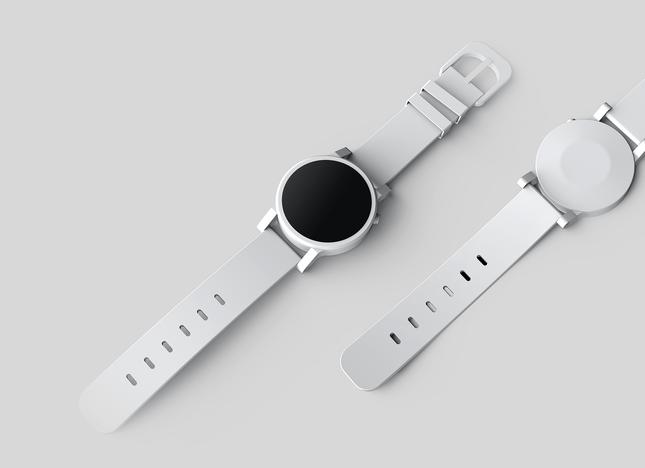 The Watch 4 can recognize blocked calls and phone notification settings that carry over between phone and watch. There are new controls to more quickly pair with Samsung's Galaxy Buds, aiming for a phone-watch-earbuds relationship closer to what the Apple Watch, iPhone and AirPods achieve.

"The relationship between the Buds, the watch and the phone will continue to evolve. So for example, now you can use your watch to switch the source of music or podcast between phone or the buds, and vice versa. And now we have an improved manager so that you can better check the status of your watch and the buds," Ku says.

The Watch 4 can be a remote for Samsung's SmartThings appliances and connect with workout videos on Samsung TVs, but isn't quite ready yet to be a smart key or wrist worn security device. "We think it's a good use case and I think that that's the direction that our overall industry is moving toward. But at this moment in time, our immediate focus is more on enhancing our user's well-being and helping them develop healthy habits," Hong says.

And a better fitness device

Samsung's move to a Google Play-based OS also potentially opens up health and fitness apps that may not have been available before. Samsung's leaning on Samsung Health as its core fitness ecosystem, even with Google Fit and Google's acquisition of Fitbit looming in the background. Samsung's also pushed more all-day analysis tools. The sleep tracking does more frequent blood oxygen checks and snore detection with a phone nearby, while an electrical bioimpedance sensor aims to give spot checks of BMI, muscle and fat mass estimates.

That seems like a lot, but Samsung's Ku suggests it's worth it for me to wear the Watch 4 continuously: "I strongly recommend that you sleep with Watch 4 on so that the next morning, you will be very surprised to see what's on your watch. You will come face to face with the new you."

Ku says there's still a big interest in even deeper health data and activity tracking. "People are becoming more and more interested in getting their hands on accurate exercise data or wellness data."

He also says that Samsung's aware of a lot of younger watch owners. "In terms of demographics, we see more young users that are using our watch. They perceive of our product not just as a watch, but as a fashion item."

The watch as a better phone

I've been thinking of how LTE watches have stealthily become a lot better at being wrist worn phones and Samsung's LTE-connected Watch 4 might be ready to take more of that step too with its phone-synced apps and settings. Samsung's Wear OS shift and eSIM support in the Galaxy Watch 4 suggest that more cellular connections could be on the horizon.

"We do notice more people who use the watch as a phone," Ku says, explaining that the Watch 4's improved syncing should make the decision to leave your phone behind a bit easier. "Considering the different use cases of the watch, simply having a watch without a phone will still offer you a very natural and usable experience." Ku suggests that even using the watch to do things like calls, payments and remote controlling home tech like the air conditioner could be enough for most people.

"As the technology and UI continue to develop, users will spend more time with their watch," Hong says, agreeing that the watch-as-phone use will likely increase. "I think that we're currently witnessing this big trend."

The Galaxy Watch 4 has some of the arm raising and small arm movement gestures introduced on the Watch 3. A new one is also coming in the fall, a "knock knock" gesture that will use an air-knocking motion that could be used to pull off a particular watch function. Gesture controls could be a doorway to future interactions, especially with Apple exploring some of these ideas as extensions of its Accessibility settings and Facebook committing to more advanced neural input tech down the road.

"We're open to any possibilities based on the consumer needs and consumer wants. Whether we extend the gestures or not is not really up to us, especially because it's a new form of interaction," Hong says. "We have to really monitor how receptive the users are to this new form of interaction, and how useful it is to them. And that will decide our future course."

But Hong remains intrigued by the potential. "I especially see a big potential in usability, where you can ignore the call or reject a call by shaking your wrist like this."