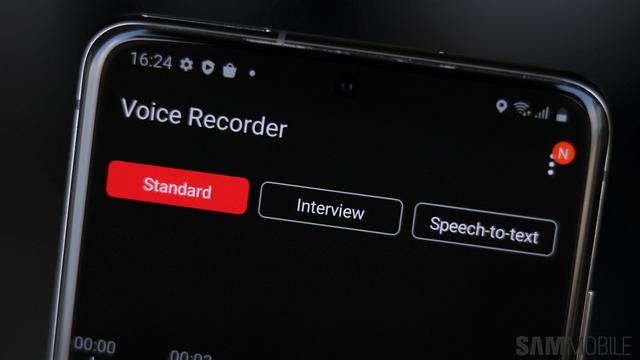 Samsung has done a pretty good job of rolling out the Android 12 update this year. It wrapped up the Android 12 One UI 4.0 beta program quickly. The company then released the update first for the Galaxy S21 series last month.

Since then, it has also updated the Galaxy Z Fold 3 and the Galaxy Z Flip 3. Other devices will certainly get their update in the coming weeks and months. So it’s only natural that Samsung also updates its native apps with support for the new Android OS.

The Samsung Voice recorder app comes pre-installed on the company’s smartphones. It’s a handy app that lets you record voice notes and interviews. It also has a pretty useful speech-to-text feature.

Samsung today released version 21.3.50.34 of the Voice Recorder app. The changelog only mentions that this update adds support for Android 12. This will ensure that the app works perfectly on Samsung devices that get the Android 12 update.

There are dozens of devices that will eventually be updated to Android 12 One UI 4.0. It’s good to see that the company is updating its apps in a timely fashion to ensure there are no compatibility issues down the line.

You can head over to our APK page right now to download the latest version of Samsung Voice Recorder.