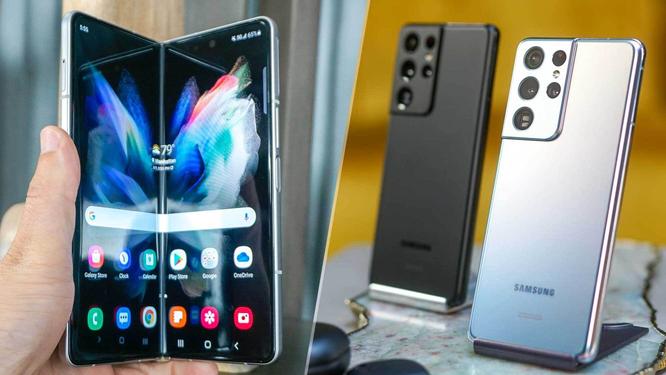 EDIT: Today's the day of Samsung's Galaxy Unpacked event, where we expect the Galaxy Z Fold 3 to be announced. Take a look at our Galaxy Unpacked liveblog, or check the guide on to how to watch the event.

The Samsung Galaxy S21 Ultra took its place as Samsung's ultimate phone this spring, delivering the best features that the electronics giant includes in its handsets. But the S21 Ultra now has a new rival in the form of the Galaxy Z Fold 3.

Normally the main rival within Samsung to the latest Galaxy S phone would be the latest Galaxy Note. However with the Galaxy Note 21 not coming this year, and Samsung's latest foldable taking some of its defining features, the S21 Ultra's got a new source of competition.

Besides cribbing from the Note series, many of the high-profile features found in the Galaxy S21 Ultra — a powerful processor, a screen with a refresh rate that adjusts dynamically, even S Pen support — have found their way to the Galaxy Z Fold 3.

This Samsung Galaxy Z Fold 3 vs. Galaxy S21 Ultra round-up looks at the similarities between the two flagship devices as well as how Samsung has differentiated two of its more feature-packed offerings.

The S21 Ultra has been available to buy since January. The Z Fold 3 is available for pre-orders currently, but doesn't go on open sale until August 27. 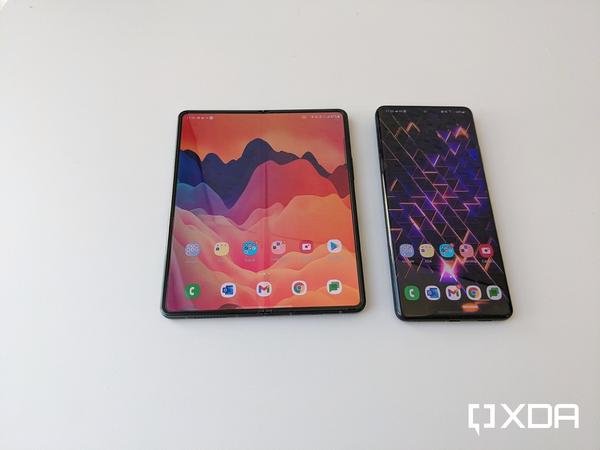 It's clear the two phones are related, but the S21 Ultra and Z Fold 3 take on very different shapes. The S21 Ultra is a large 6.8-inch phablet phone, much like any other modern smartphone. The Z Fold 3 is a book-style foldable, and features a "Flex Mode" hinge allowing you to open it at any angle, including to stand the phone up to watch movies or make video calls.

In terms of displays, the S21 Ultra offers one, 6.8-inch panel. The Z Fold 3 features a regular-sized 6.2 inch display on the front, and a larger 7.6-inch interior display when open. All these are OLED screens with variable refresh rates up to a maximum of 120Hz.

The S21 Ultra is the tougher phone though. It features Gorilla Glass Victus to protect the display and an IP68 dust/water resistance rating to prevent damage to the interior components. The Z Fold 3 uses the same Victus glass on its outside display, but the inside is a much more delicate plastic/glass laminate that will scratch easily if not taken care of. The foldable is rated IPX8 for water resistance, but Samsung isn't making promises about the intrusion of dust into the phone's mechanisms.

The Galaxy S21 Ultra is one of the best camera phones and should remain Samsung's camera king even after the Galaxy Z Fold 3's release.

These two phones have an identical quantity of cameras, but for quite different purposes. On its back, the Galaxy S21 Ultra uses a 108MP main camera, a 12MP ultrawide camera and two 10MP telephoto cameras, one tuned for 3x optical zoom and the other for 10x optical zoom. The Z Fold 3's rear cameras pale in comparison, which consist of three 12MP main, ultrawide and 2x optical telephoto cameras.

For front-facing cameras, there's just one on the S21 Ultra, a 40MP selfie camera located in a central punch-hole on the display. There are two selfie cameras on the Z Fold 3 however. The first, on the front display in a punch-hole notch, is 10MP in resolution. The second is hidden beneath the interior display, and is just 4MP. It means there's nothing to spoil your view when watching content on the larger screen, but could mean you get notably worse quality photos as a result.

The two phones are neck and neck for default specs. The S21 Ultra and Z Fold 3 both use Snapdragon 888 chipsets, combined with 12GB RAM and 256GB storage.

If you want to spec something different, the only alternate option for the Z Fold 3 is to increase the storage to 512GB. The S21 Ultra however has a cheaper 12GB/128GB option, and a more expensive 512GB storage version that also ups the RAM to 16GB.

The S21 Ultra wins for battery capacity. It can store up to 5,000 mAh in its cell, whereas the Z Fold 3 only manages 4,400 mAh total across its dual battery system. Both phones offer identical charging specs however. That includes 25W wired charging, 10W wireless charging and 4.5W reverse wireless charging.

Both phones come with Android 11 running via Samsung's One UI, although the Z Fold 3's version is notably different to accommodate its extra displays. This includes the ability to open multiple apps at once, to use a static taskbar like a Windows or Mac computer, or to open certain apps over the full interior display to access extra functionality.

Both phones support their own S Pen stylus, although you have to buy them separately and they'll only attach to the phone if you buy compatible cases. The Z Fold 3 actually has two S Pens to pick from - the basic S Pen Fold Edition or the Bluetooth-enhanced S Pen Pro.

These two Samsung flagships are two quite different ways of spending your money. The S21 Ultra gives you the most refined experience, and the most performance and photography power, but is still a normal phone for most of the time you're using it. The Z Fold 3 is far more versatile with its dual displays and hinge system, although you're paying another $600 to get it.

Most users will be quite happy with the S21 Ultra. However it seems like, pending a full review, the Z Fold 3 will be a truly special experience for any user who decides to splash out on it.