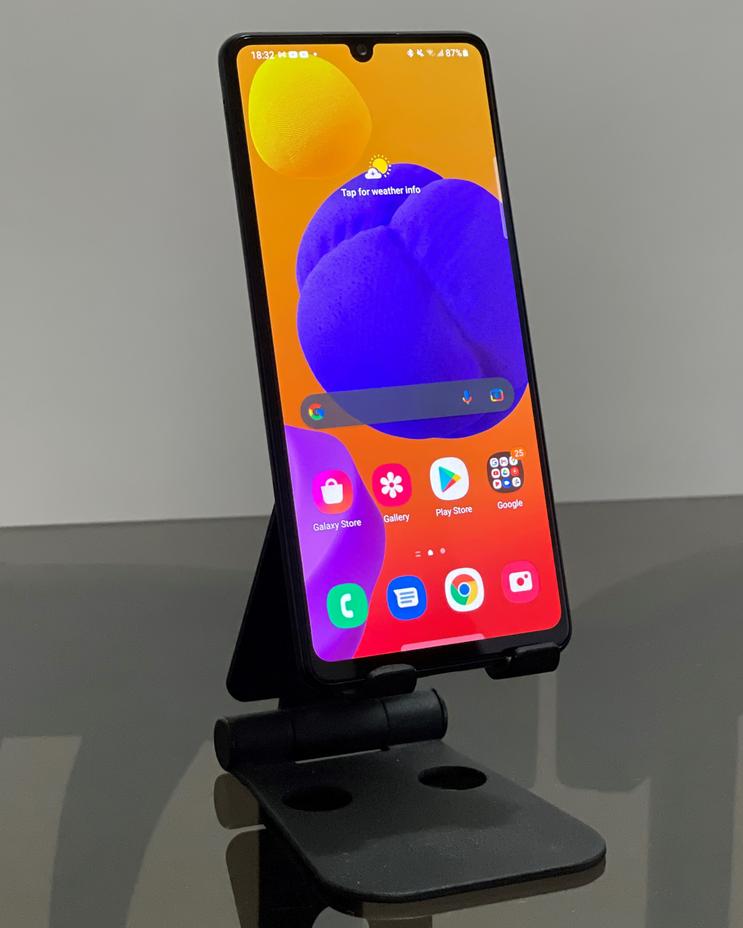 The 5G technology in India is currently undergoing testing, and it will be sometime before we can use 5G as our daily network for calls and the internet. Manufacturers are already gearing up for this change and releasing new smartphones that support the 5G network. Samsungs latest release, the Samsung Galaxy M42 5G, is the cheapest 5G smartphone that Samsung has to offer and the first 5G smartphone in the M series. And just because the M42 is the cheapest 5G phone, nowhere means it falls short of other qualities that would make it a good smartphone.

The Samsung Galaxy M42 5G is encased in Gorilla Glass 3 on the front and a polycarbonate panel on the back. The rear panel is curved, unlike the front glass that sits flat and merges into the metal frame. The curve provides a much-needed grip for handling the slender but large phone. The black colour variant that I have with or what Samsung calls it, the Prism Dot Black. The different textures on the back panel reflect light to create a retro glossy look. The m42 is quite appealing as compared to other phones in a similar price segment.

The M42 comes with a 6.6 inches, 720 x 1600 pixels Super AMOLED HD+ display (the Samsung Galaxy Note 20 Ultra has a 6.9-inch display). The display is massive and yet not that power-hungry, all thanks to the AMOLED technology. Watching content or playing games on the M42 is a visual treat, irrespective of the lighting conditions. The in-display fingerprint is accurate but feels a bit slow. On the brighter side, as long as I don't have to reposition my hand to get access to my phone, I welcome the delay.

The M42 houses Qualcomm's SM7225 Snapdragon 750 5G (8 nm) processor, which is not the most powerful, but did not show any signs of slowing down under heavy gaming or multitasking. I have been using the M42 as my daily driver for around a month now. I have not faced any issues with the performance, despite me toggling between social media apps and games all day. The M42 5G variant with me has 128GB of ROM and 8GB of RAM, which takes care of my storage and multitasking needs. There is an SD card slot if I wish to extend the storage on the phone. 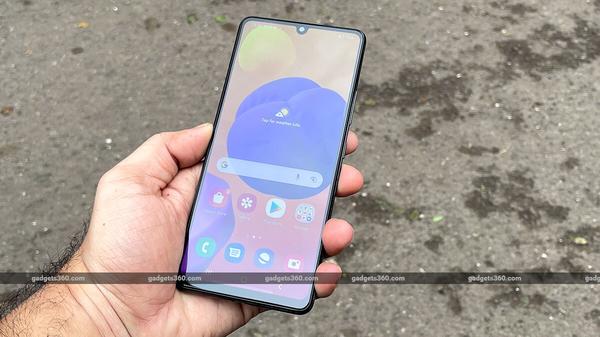 The M42 comes with a quad-camera setup on the back that has a 48 MP (wide with PDAF support), an 8 MP (ultrawide), a 5 MP (macro) and a 5 MP (depth). A 20MP sensor sits in the tear-drop cut out of the display for the selfies and video calls. Though none of the sensors have OIS (optical image stabilization) the m42 captured great images without blur or shake and the same goes for the videos. And Selfies camera too produces some great images, as it manages to capture, smallest details of the subject/object. Samsung has always had excellent image-processing algorithms in its flagship phones. It's nice to see that Samsung is using some of that tech for the lower budget phones.

The M42 is running on Android 11 with Samsung OneUI 3.1 on top of it. The UI is colourful and familiar for people coming over from other Samsung phones. Even if you are new to the OneUI, it is easy to understand, and you will be familiar with its operations in no time. Samsung is the second-largest smartphone manufacturer in the world. Hence provides additional apps that will cater to the diversified needs of different people. Some of these are just bloatware, and I uninstalled most of these apps as I would not using most of them.

The M42 house a Li-Po 5000 mAh battery that should get you through two days of normal usage. Or one day with heavy gaming and online video streaming. I can get two days of battery from a single full charge for my usage(social media, games & calls). The phone does come with a 15W fast charger in-box. But charging the 5000mAh battery does take a lot of time. With the 15W charger, the phone charged from 0 to 26% in 30 minutes and 51% in an hour. I am currently using a third party Fast Charger which gives me a 0 to 100% in about an hour and a half.

Yes, there are cheaper 5G phones in the market from other manufacturers compared to Samsung's M42 5G. But Samsung still proves to be a stronger contender as it offers better value to the phone by providing an overall progressive package. The phone has a good display, ample amount of processing power, decent storage that increased to 1TB with a micro SD card and a gorgeous looking body. The only place Samsung could have improved was the Fast Charging. Apart from that, the Samsung Galaxy M42 5G is the best phone to offer value for money and it is future-ready for the upcoming 5G technology.