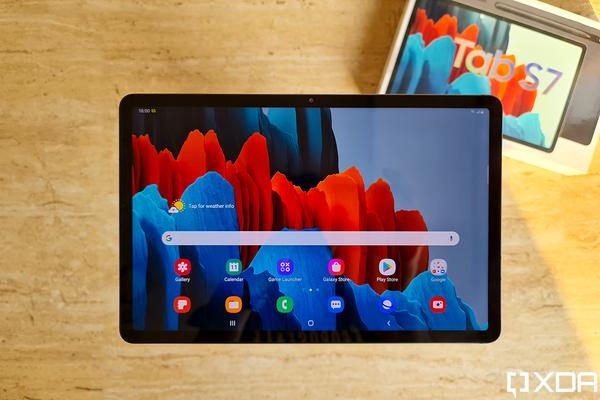 Samsung is pushing a new software update to the Galaxy Tab S7 series, the company’s flagship tablet lineup. The new One UI 3.1 update is a minor jump from One UI 3.0, but it includes several new multi-tasking features from One UI 3.1.1 that was recently released for Samsung’s foldable phones.

As mentioned, the One UI 3.1 update doesn’t bring any drastic UI changes. However, some nifty multitasking features backported from One UI 3.1.1 will surely improve the productivity experience of the Galaxy Tas S7 owners. After installing the new update, users will find two new features in the Labs section: “Multi-window support for all apps” and a persistent taskbar.

The multi-window feature allows all apps — including unsupported ones — to open in pop-up view or split-screen. In addition, the Galaxy Tab S7 series owners can now also pin apps to a persistent taskbar, making it easier to open favorite apps without going back to the home screen or opening the app drawer.

You can find these new features under Settings > Advanced features > Labs. The One UI 3.1 update has started rolling out to the Galaxy Tab S7, Galaxy Tab S7+, and Galaxy Tab S7 FE. To check if the update is available for you, go to Settings > About phone > Software updates > Check for updates.

The new update for Samsung’s tablet lineup comes after the recent release of One UI 3.1.1, the latest version of Samsung’s custom skin. One UI 3.1.1 brings several new features to enhance the foldable experience on the Galaxy Z Fold and Galaxy Z Flip lineup, including Drag & Split, Natural Window Switching, a pinned taskbar, Rotate All Apps, and much more.