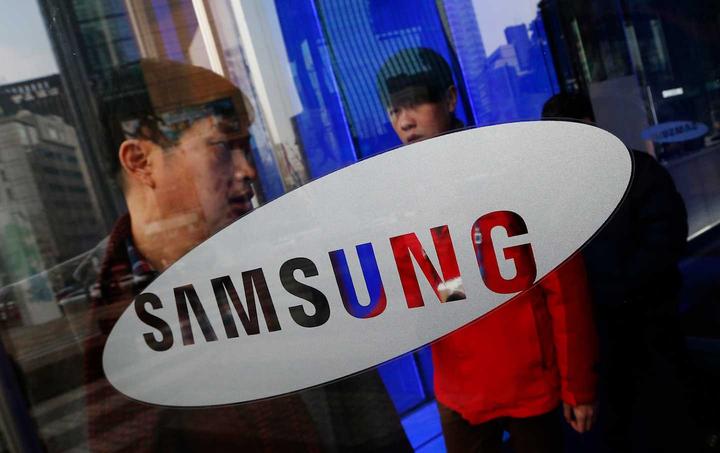 Where did the slick smartphone you got for the holidays come from? You might imagine a remote futuristic industrial park, with robotic assembly lines whirring in ultra-efficient silence. But the workers assembling your phone are actually real people, and the conditions in which they work are far from humane.

An in-depth investigation of Vietnamese Samsung production facilities peels back the shrink-wrap of Big Tech to reveal an extremely vulnerable, mostly female workforce that may be sacrificing its neurologic and reproductive health in digitized Dickensian workshops to make cutting-edge smartphones.

The study, a collaboration between the global environmental watchdog IPEN and the Vietnam-based Center for Gender, Family and Environment in Development (CGFED), is based on interviews with 45 workers—80 percent of them women—at two factories in a provincial city in Vietnam. Their testimony revealed major health impacts related to toxic exposure and overwork. Nearly all reported experiencing “extreme fatigue or dizziness,” sometimes fainting spells. Chronic bone, joint, and leg pain were routine. Rest time is slotted between constantly rotating shifts: “many are kept on alternating day and night shift schedules, regardless of weekends.” Miscarriages are reportedly “extremely common—even expected.”

One worker described the typical daily work routine: “Some of us stand during work while others have to shuttle between two ends of the production line…it is very difficult for a 3-month pregnant woman. As they have to stand or shuttle all day long, many have suffered a miscarriage.”

For the workers raising children, currently half the female workforce, the Samsung factories deliberately separate mothers from families through the dormitory system. Workers are kept in group housing on isolated compounds, where the company prohibits children from living with parents. Instead, “children live with family members in another town or city.”

Workers also appear to be ill-informed of potential hazards at a job that might otherwise seem like a step up from the drudge work that has traditionally dominated the rural communities from which they’re drawn. Most interviewees seemed to lack a clear understanding about how their working conditions related to their health.

One worker reflected, “I think working in shifts makes me tired, our health cannot be adapted to a night shift immediately after changing from a day shift. For example, I have to sleep all day before a night shift and working at night I am more tired…. I was always in that state of health in the first years and now it remains the same. My co-workers told me that I would gradually get used to it.”

“Despite the fact that they work in an open factory setting where other workers are using a variety of substances, they did not consider their own job to be either using chemicals or to have any remote possibility of chemical exposure,” IPEN researcher Joe DiGangi says. Productivity takes priority over safety training or standards for protective gear. Some workers reported to researchers that “the training period seemed to vary based on how much of a hurry the factory was in for a particular production deadline.”

The conditions in Vietnam point to the business motives for Samsung to “streamline” operations by outsourcing much of its multinational supply chain to countries with much cheaper modes of production than its home base of South Korea, including lesser labor and regulatory costs in poorer Southeast Asian countries.

Such abuses might be treated more seriously if they took place closer to Samsung’s headquarter. The company has been embroiled in a high-profile lawsuit over the case of a woman who died of a brain tumor after working at a Korea-based facility from 1997 to 2003—part of a pattern of toxic exposures at Samsung factories. According to DiGangi, longtime workplace-safety advocates say the situation in Vietnam “reminds them strongly of Samsung here in Korea 10 years ago.” The pattern signals that as Samsung expands its global empire and intensifies mass production of new models, the supply chain is slipping backward on occupational-safety conditions. Even in South Korea, workers have for years seen their claims for injury-related compensation thwarted by the company, which has a reputation for cronyism, corrupt political connections, and intense corporate secrecy.

With no real independent trade unions and severe restrictions on labor organizing generally, Vietnamese workers have limited recourse compared to their South Korean counterparts. Samsung has reportedly threatened workers with dismissal and lawsuits if they continue to speak out about working conditions.

Samsung has cautiously addressed IPEN’s findings. In a letter to the Business and Human Rights Resource Centre, the company argued that the study was inaccurate and that Samsung’s own “on-site audits of the facilities in December 2016 and June 2017…show a reality that refutes the violations” reported by IPEN researchers.

The Vietnamese labor ministry recently conducted its own audit of the facilities and reported on several labor violations, including excessive hours. But IPEN argues that “large gaps still remain” because the government has not addressed numerous occupational-safety concerns, including chemical contamination.

IPEN hopes Vietnam’s government pursues deeper investigations. But economic factors often shape the politics of multinational investment for exporting countries. “The climate in the country is one that’s very protective of foreign direct investment, and since Samsung is such a large contributor to that, they are quite careful about how the company is treated,” DiGangi says.

With major investments at stake in Vietnam, Samsung may be focused more on corporate damage control for its brand than on addressing damage to workers’ health. Samsung has threatened IPEN’s local NGO partners with legal action, though the researchers stand by their findings.

DiGangi hopes the report will stimulate greater public awareness about the working conditions in the global tech supply chain. Consumer pressure on the company to improve on labor issues could perhaps spur Samsung to at least “publicly state that workers have a right to speak about their working conditions,” he says. “That’s something that a trade union would typically insist upon but the company should state that.” Future research should be done transparently, DiGangi adds, “with the involvement of workers themselves” as truly independent auditors, since they “have the best sense of their own work and their own jobs.”

For now, the workers continue to be silenced, and the massive global demand for the devices they produce will speak loudest for Samsung’s executives. As long as consumers continue to see their phones as indispensable, whatever the cost to workers’ health, and multinational companies treat their workers’ bodies as disposable, the message from the market to the workers is still: “Get used to it.”