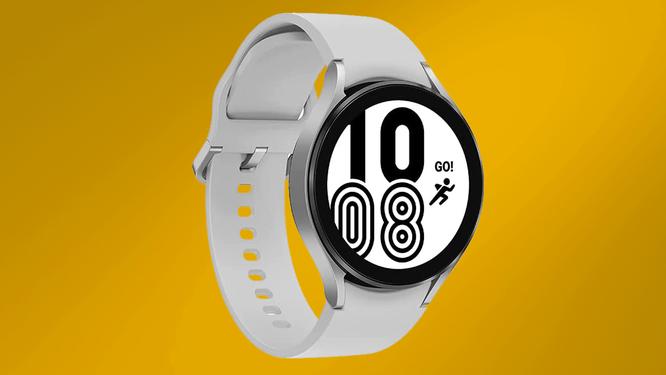 The Samsung Galaxy Watch 4 is a good smartwatch, though far from a perfect one. It represents an effort by both Samsung and Google to reset the Android Wear operating system, now known as Wear OS.

Compared to Android proper, Android Wear languished in the back corner of Google's offices, seldom seeing major updates that ironed out many of its quirks and glitches. It's what prompted Samsung to create its own wearable operating system based on Tizen, a Linux distribution, which was considered the best alternative to Apple's watchOS software.

Now, Samsung has dropped Tizen to instead partner with Google directly on Wear OS. The Korean electronics giant brought many of its design choices from Tizen over to Wear OS, and it's largely been embraced by the Android faithful. I'm not sure if it's been a valiant effort or not, as the Galaxy Watch 4 is the first smartwatch I've used for an extended period of time. And after spending the last month with the leader from our best smartwatches for Android list, there are definitely some odd quirks with both the Galaxy Watch 4 and Wear OS that could use some fixing.

This was such a bizarre quirk I couldn't believe it left QA without anyone raising a red flag. As I was out for an evening jog, I had a podcast playing on Spotify via the Galaxy Watch 4. The stream was largely consistent, sending the Bluetooth audio signal to my Sony WF-1000XM3 earbuds. The watch was also tracking my progress as I ran.

Once I hit the one-mile marker, the Galaxy Watch prompted me, and told me my abysmal time. But it didn't resume Spotify playback. I stopped my jog and looked at my Galaxy Watch 4. There was no prompt for me to resume playback. Not only that, I couldn't back out of Samsung's running app to go into Spotify to hit play. I had to completely exit out and end my run, go into Spotify, press play, and then restart the run counter.

Resuming playback after a prompt seems like a no-brainer. And yet, the Galaxy Watch 4 drops the ball on this.

This seems obvious for any Google product, but surprisingly, the Galaxy Watch 4 does not have Google Assistant. I'm not certain why that's the case. I suspect either Google is still working on it or that Samsung wants its customers to use Bixby instead.

Going over to the Samsung community forums, users are claiming that the company has plans to introduce Google Assistant to its watches, and Samsung has said as much, without giving a time frame. But until then, doing quick Google searches will require a phone or the use of the Samsung Web Browser.

Optimized responsiveness for the Galaxy Watch 4

Compared to past Android Wear smartwatches, I've read that the Galaxy Watch 4 and its dual-core Exynos W920 processor are a major jump over the Snapdragon 2100 chip. Even then, there are times when the watch can lag a little and not be as responsive as I would like. I'm not sure if this is a power shortcoming or a software optimization issue, but if it's the latter, both Google and Samsung need to get to work on making this watch a tiny bit snappier.

It's annoying when phone makers bake in apps that you can't delete. Whether it's on iPhone or Android, it's possible to group these unused apps into a folder and never have to think about them again.

That's not the case with the Galaxy Watch 4. There are certain apps that cannot be deleted. These include Bixby, Samsung Health, Calendar as well as a few others. It's also impossible to lump them into a different folder. The best thing users can do is push these apps to the bottom of the icons list.

Now, I'm not saying any of the above apps are bad. To the contrary. I use some of them. I just don't like being told I cannot do something.

Faster calls with the Galaxy Watch 4

Amazon's buy with one click feature is one of its most innovative, if pernicious, features. But generally, the fewer times a user has to make an interaction to accomplish a task, the better. And when it comes to phone calls, it generally should take one or two taps, right?

That's not the case with the Galaxy Watch 4. Initiating a phone call takes too many steps. I have to open up the contacts app, choose a contact, tap on call and then it then asks me if I want the call to engage on my phone or my watch. That's where the story should end. Well, not if I choose to take the call on my watch. It then gives me another prompt asking if it's okay to make mobile network calls on my watch.

I've already signed up for a watch plan with T-Mobile. An eSIM is registered on my watch. Why is it asking for permission every single time? Totally and absolutely unnecessary.

Multiple reviews and complaints on the Samsung Community Forums claim that the Galaxy Watch 4 has an inaccurate pedometer. And yeah, I also feel that's the case.

While I didn't go through the hassle of counting every one of my own steps, something didn't feel right. While sitting largely at my computer doing work throughout the day, only jumping into the kitchen to grab a snack or lunch, there's no reason I should have been documenting more than 1,000 steps.

Samsung and Google need to fix Wear OS's notification quirks. There are many times where I will feel my watch vibrate, only to look down later and see no notifications. Did someone text me? Was Samsung telling me good job for getting off my computer chair? I'm not sure.

Scrolling over to the notifications widget yields no answers either. And no, these aren't phantom vibrations. But if these shenanigans continue, I may actually start experiencing this modern psychological phenomenon.

Oh, and if someone on Facebook Messenger sends me a photo, the Galaxy Wach 4 will only notify me of the sent picture but won't actually show it. It's as if Samsung is wanting me to pull out my phone.

This last point is less a Google and Samsung issue and more of a Spotify one. If there are any Spotify engineers reading this article, please, make the app better.

Right now, Spotify on the Galaxy Watch is so barebones that it essentially requires a phone nearby to get full functionality. All users can do is listen to already subscribed to podcasts and existing playlists. I can't, for example, look up a new album or a new podcast and listen to that instead. I have to first follow that artist or podcast on my phone, and then I'll have the option on the Watch.