Tech Review: Huawei MediaPad T3 8: Is this your first time?

Tech Review: Huawei MediaPad T3 8: Is this your first time? 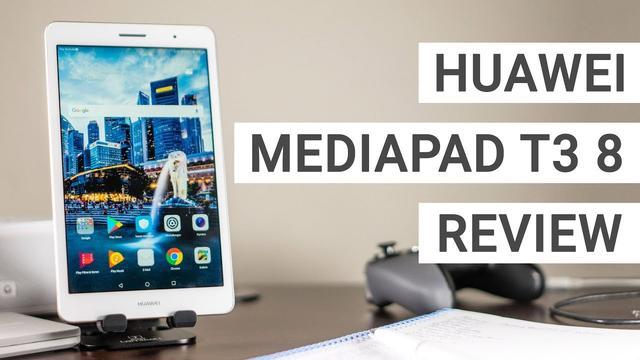 Huawei’s MediaPad T3 is an 8 inch Android tablet that is lightweight and surprisingly nimble for its entry-level spec. For those looking for an every day tablet that can be easily thrown in a bag while travelling, you may have found the one you want.

Designwise, the MediaPad T3 8 isn’t all that different from its cousin, the MediaPad T3 10. The device is enclosed with a metal backing plate and plastic frame around the screen. This means it can be produced inexpensively without feeling especially cheap in the hand. The tablet itself comes in your choice of black or white, and there’s no physical buttons along the bottom of the screen, handled instead with on-screen touch controls. For those looking for something paper thin, you may be disappointed with the device coming in about 7.95mm in thickness. At a weight of 350g, it’s hard to complain about holding it up.

As with the 10-inch model, you’ll be charging the device with a standard microUSB cable which puts the MediaPad T3 a little behind the competition which have largely switched to USB-C charging. The thickness of the device does mean a 3.5mm audio jack is still feasible and so there it is on the top. Along the right hand side, you hvae power, volume and a slot for a microSD. If you picked up the version with 4G, you’ll find a SIM card slot in the same spot. You can use the 4G version as a phone if you wish, but it was a little on the big side for me.

The device is also packing a pair of front and rear facing cameras. The from camera is a 2MP webcam which is fine for video calls and the rear is a 5MP which gets a decent image but nothing to get excited about, and certainly nothing that will stand up to Samsung’s tablet cameras in the same price range.

The 8-inch model features an HD screen running at a res of 1280×800. This puts it at a much lower res than just about any Android smartphone you could shake a stick at, but is less of a surprise in this more specialised 8-inch range. If you are looking for a Full HD screen in an 8-inch tab, you’ll need to step up to the price range above the T3 as there isn’t anything in this class with that sort of clarity. It’s certainly not bad — text remains readable, it just doesn’t have the crispness you may have come to expect in your droid devices.

In every other visual regard, the MediaPad T3 is quite nice. Solid contrast, well-balanced colours and the reflective screen isn’t quite the horrible double-chin highlighting mirror it could have been. You can get away with using it outdoors, the screen is bright enough, but competitors like Samsung’s Galaxy Tab A 8.0 prove you can always go brighter.

Finally, the guts. The MediaPad T3 8 gets you a Snapdragon 425 processor, 2GB RAM and 16GB of onboard storage. So nothing especially interesting or disruptive there — in fact, the exact same specs can be found in Huawei’s own MediaPad T3 10, the Samsung Galaxy Tab A 8.0 and both the Lenovo Tab4 8 and Tab4 10. This means, power-wise, the MediaPad T3 8 doesn’t really have much to offer that its competition can’t match. 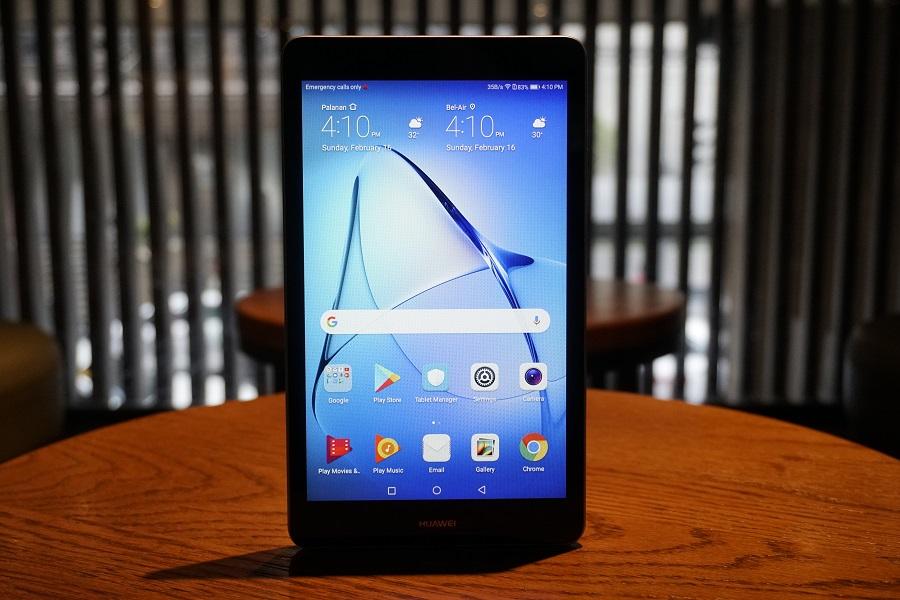 Performance-wise, if you’re using the tab for relatively lightweight tasks like browsing, email, YouTube and the like, you’ll have no problem. Even very light multitasking is fine, but if you go from app-to-app too quickly, you’ll see the tablet really choke on it for a second before clearing the bottleneck and coming good again. More hardware intensive apps like games seem to differ in performance game-to-game. Some, like Asphalt 8 Airborne, run just fine and that’s a surprise. Others slowed the tablet to a crawl and were quickly uninstalled. A gaming tablet this is not, so pick your battles there. The tablet comes preloaded with a modified version of Android 8.0 Nougat which, depending on how you feel about manufacturers modifying the software, will either be of no consequence or deeply infuriating.

Battery life is quite good for an 8-inch tablet. The MediaPad T3 8 runs the same 4800mAh battery found in the 10-inch version where it was legendarily insufficient. With a smaller screen drawing far less power, the battery can actually stand up and do its job. I was able to get around two days out of the device while in standby mode which is great. Active use saw me get around 9 hours out of it in total.

The Huawei MediaPad T3 8 is a solid entry-level tablet, the sort of thing that would be perfect for an older user who have never owned one before or for keeping a young child occupied in the car. Its specs aren’t anything to write home about and it doesn’t differ wildly from its competition, but it can handle almost anything you’d care to throw at it.

This content has recently been ported from its original home on The Iris and may have formatting errors – images may not be showing up, or duplicated, and galleries may not be working. We are slowly fixing these issue. If you spot any major malfunctions making it impossible to read the content, however, please let us know at editor AT theaureview.com.

More to Explore on the AU:

how to make phone calls on huawei mediapad t3 10