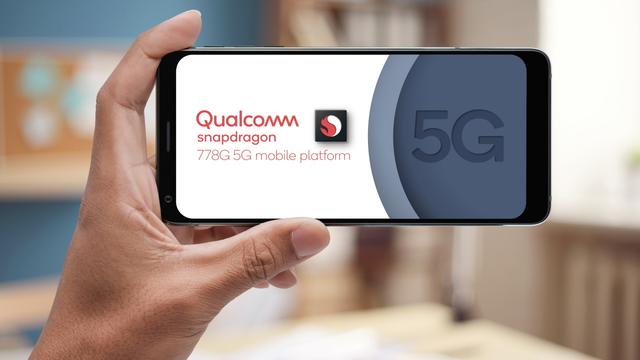 Competition matters, and in China, Qualcomm experiences a lot of it. This week the mobile chipset maker is bringing a new processor and new 5G features designed to fight competitors Huawei and MediaTek in the Chinese market.

"The market is strong and it's growing, and that fact that Huawei is kind of setting back their sales … that section of the market is available to all of our OEM partners," says Qualcomm SVP Alex Katouzian.

Huawei's market share in China was absolutely slaughtered between 2020 and 2021, dropping from a high of 46% to 16%, according to Counterpoint Research. And Qualcomm still leads the world in 5G chipset shipments. But MediaTek has become the biggest chipset maker thanks to strong sales of its 4G chips, Counterpoint says.

Qualcomm's first new weapon to grab share in Asia is the Snapdragon 778G chipset, a step up from last year's 768G. Qualcomm's 7-series chipsets have been popular with phone makers that want flagship-like performance but are trying to save money. Here in the US, they've appeared most notably in the Pixel 5 series, Moto Razr, and LG Velvet.

The biggest difference between the 778G and this year's 780G is the addition of millimeter-wave 5G, which will make the chip more viable for Verizon phones. The X53 modem in the 778G supports half-bandwidth mmWave and four 100MHz channels. In my experience, that gets up to about 1.5Gbps on Verizon's network. 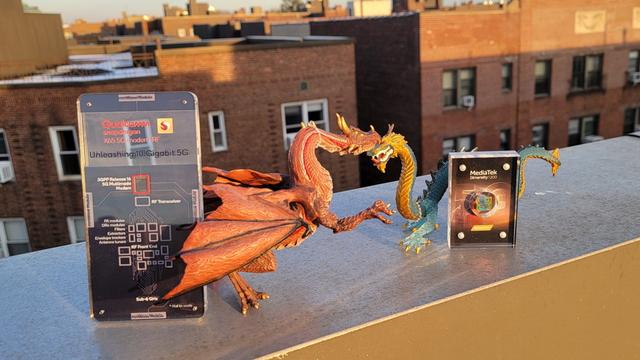 So there's a little bit more and a little bit less in the 778G as opposed to the 780G. The new chip will power phones from Honor, iQOO, Motorola, Oppo, Realme, and Xiaomi, Qualcomm says. Of that list, only Motorola sells phones in the US.

While it definitely makes the chipset more appealing in the US, the 778G's millimeter-wave feature is best understood as prepping for China's launch of millimeter-wave services, which will potentially happen this year.

That's also what's behind a new software feature in Qualcomm's upcoming X65 modem, the company says. The X65 will support standalone mmWave networks and 200MHz channels. The modem will now support a total of five 200MHz millimeter-wave channels along with 300MHz of sub-6GHz 5G spectrum.

"The enhancements are especially key as 5G expands globally, including the anticipated rollout of ultra-fast 5G mmWave in China and other regions," Qualcomm says in a press release.

5G Grinds Along in the US

This week's announcements didn't have much in terms of new capabilities for the US, but competition will heat up here next year.

Qualcomm has a near-monopoly on 5G modems in the US, as they're in most Samsung phones and the iPhone 12 models. And US carriers aren't introducing many new 5G features this year. But next year some changes may come. Verizon and AT&T will launch their C-band networks. Verizon has signaled it wants to work more with MediaTek. Google has its own potential chipset coming, called "Whitechapel." Those will both provide more competition to Qualcomm, and then Apple may launch its own competing modem in 2023.

How Qualcomm intends to approach those challenges is likely a topic for the company's Snapdragon Summit, coming in early December.