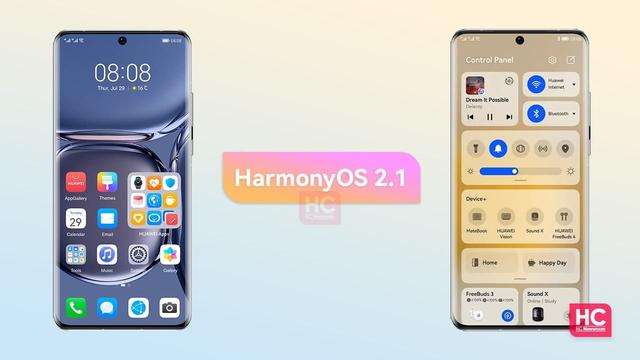 Huawei Technologies is unleashing the latest iteration of its mobile operating system, HarmonyOS 2, across 100 of its devices in China, including smartphones, smart watches, and tablets. Consumers running older Android-based models will have the option to upgrade to HarmonyOS, but there are no concrete plans yet on when the OS will be available to users in Asia-Pacific or other regions.

The Chinese hardware manufacturer on Tuesday said HarmonyOS 2 would immediately ship with its Mate 40 series and Mate X2, as well as the newly launched MatePad Pro and Watch 3 series. A second batch of devices will be given the option to upgrade to the mobile OS in the third quarter, including the Nova 6, 7, and 8 series, Mate 20 series, and MatePad 10.

This list will be further expanded in the fourth quarter to include P30 and Nova 5 Pro, and again in the first quarter of 2022 to include the Mate9 and Mate10 series as well as the P10 and P20 series, Huawei said.

Chinese government will have no choice but to impose counter measures should the US continue to restrict Huawei's access to the global supply chain, says rotating chairman Eric Xu, who reveals the vendor's international consumer business has lost at least $10 billion as a result of the US trade ban.

It would mean that users with older Huawei smartphone models, such as Mate9 and P20, still running Google's Android OS could choose to switch over to HarmonyOS.

The Chinese vendor previously had tapped Android as the OS for its smartphones, but was forced to look for alternative platforms when US trade sanctions meant Google had to pull back Huawei's access to its mobile apps and platform.

Huawei, which began working on HarmonyOS in 2016, now said it did so not in response to the US trade war, but to provide a better user experience across multiple devices.

Its Asia-Pacific vice president Jay Chen told ZDNet in a phone interview that the vendor realised the importance of building a unified OS architecture through which many different devices could interconnect. "We believe this could bring better user experience and business opportunities," Chen said.

Such development efforts would continue, even if ongoing trade negotiations between both countries were to lead to the reinstatement of Huawei's access to the Android ecosystem, he said, in response to ZDNet's question.

He noted that the Chinese vendor had recognised, even before the US sanctions kicked in, that its smartphones could not fully meet the requirements of consumers and user experience needed improvements. Establishing connection between different devices, for instance, was complicated, with users having to go through multiple steps to discover, pair, and work through various features on the devices.

Huawei's executive director and CEO of consumer business group, Richard Yu, said Tuesday at the launch that consumers were connecting to and surrounded by an increasing number of smart devices. In this Internet of Things (IoT) era where various smart devices would be interconnected with intelligence, Yu noted that consumer devices still were not ready to deliver the optimal user experience. 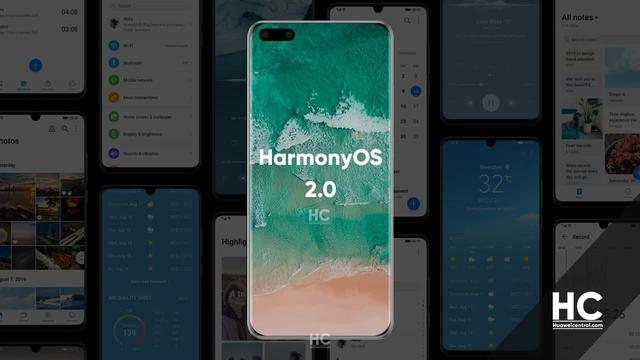 Siloed systems made connectivity and operations complex, he added, with different OSes running on each different device resulting in a fragmented user experience.

He said HarmonyOS was designed to resolve such issues, offering a universal language that enabled different categories of devices to interconnect. Developed based on distributed technology, the OS could run on both big and small devices, including those with RAM as small as 128KB.

Through HarmonyOS, Yu touted users' ability to "assemble" different hardware on one centralised platform based on their needs, including household appliances, cars, and watches. For instance, users would be able to control their home speakers, drones, cameras, and TVs all on a smartphone, through widgets and without having to download each device's corresponding app.

They would be able to view all of their devices via the Control Panel on HarmonyOS-powered hardware, and connect two devices by dragging the icon of one to the other, he said. Files including music, video, and images also could be accessed and shared across devices using similar actions.

A Task Center on the OS also enabled apps to move between different devices without having to install these across every device. This would allow all functions and services to be available where needed, according to Huawei.

The Chinese vendor is targeting to have the mobile OS installed on more than 300 million devices, including 200 million of its own and 100 million third-party devices.

Huawei users in Asia-Pacific must wait

When asked about Huawei's plans to make HarmonyOS available outside China, Chen told ZDNet no concrete timeline has been established for an international launch, but said Asia-Pacific remained an important region for the vendor.

With the mobile OS a "cornerstone" for its consumer business, he said he was "optimistic" about plans to expand HarmonyOS' footprint into this region and would provide details when available. He added that it was likely any launch in Asia-Pacific, if confirmed, would follow similar schedules for new products, where availability would be rolled out in phases starting with key focus markets.

HarmonyOS is built on open source project OpenHarmony, but remains a commercial release. Huawei did not provide details on whether HarmonyOS would eventually be a fully open source platform.

OpenHarmony is run by OpenAtom Foundation, a non-profit organisation led by Huawei, which is the main contributor of source codes that underpin OpenHarmony.

The first iteration of HarmonyOS was released in 2019 and ran on selected products, such as Huawei's smart screens and smart TVs.

It remains to be seen if the mobile OS will be adopted as widely outside of China, as its distribution across multiple consumer device categories may further trigger security and privacy concerns.

In its statement, Huawei said HarmonyOS "inherits" privacy and security technologies found in its current smartphone overlay EMUI, which is Android-based.

"When multi-device collaborative identity authentication is activated, users can only unlock their phones with a combination of facial recognition on their smartphone and a special check that ensures the user's watch is the one that's connected to the phone," Huawei said. It added that HarmonyOS managed user data by category and secured devices by different levels of access. This meant only devices that met pre-determined security requirements could access data according to their security level, it said.

The Chinese vendor in April this year said it would continue to diversify its product focus as it looked to buffer a decline in its smartphone sales, with its other connected devices including laptops and smart TVs seeing strong growth this past year. The company had reported sluggish performance in its earnings report, where its annual operating profit fell for the first time in over five years to 72.5 billion yuan ($11.09 billion) in 2020.

Huawei had attributed the loss to a dip in its smartphone sales, which were impacted by ongoing US export sanctions that blocked access to Google's Android ecosystem. Noting that revenue from its connected devices buffered the drop in smartphone sales, the Chinese vendor said it would introduce more hardware products, software, and services, as it looked to build an ecosystem that extended beyond smartphones.