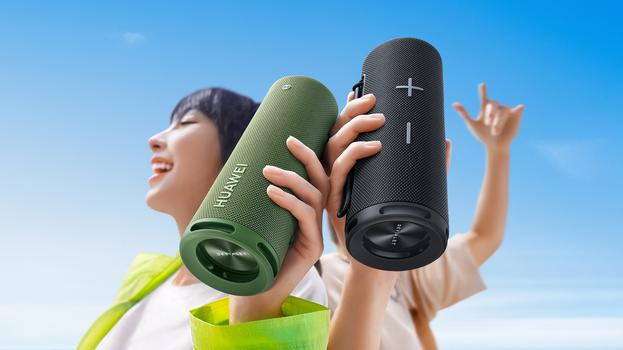 Huawei has just announced that its Sound Joy portable speaker is coming to the UK, and it looks like serious competition to the likes of JBL and Ultimate Ears when it comes to making the best Bluetooth speakers.

One of the reasons I'm excited about the Sound Joy is that French audio specialist Devialet has provided the speaker tech. Devialet's high-end Phantom speakers remain some of the coolest listening gear on the planet, and in the last few years Devialet has been getting into interesting collaborations with other makers – including working on in-car speakers systems (I tested a really impressive one in a prototype Renault self-driving car…), and a desk-friendly speaker from Belkin, as well as on headphones with Belkin.

But like any tough portable speaker, it's not just about the sound. Its IP67 rating means it can stand a dunking, so it may well turn out to be one of the best waterproof speakers too. At 680g, it's slightly on the heavier side for this kind of thing, but it does offer an excellent 26 hours of battery life, so we can forgive a bit of extra weight. 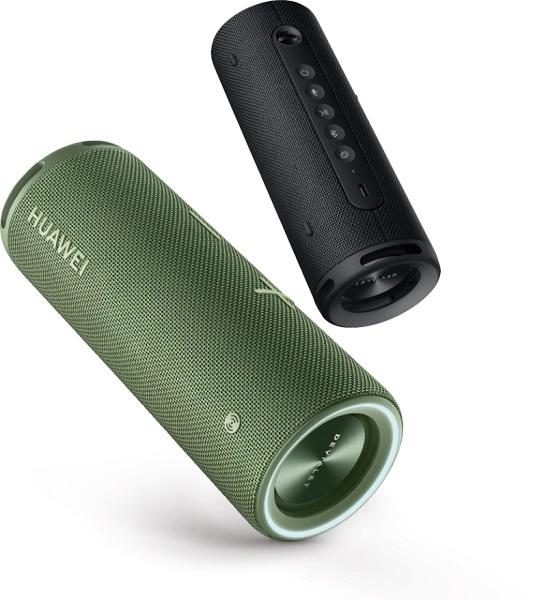 It looks like it should stand up to drops well too – in fact, it's very much in the same design are as the JBL Flip 6.

You can pair two in a stereo set if you want, and Huawet touts a few nice smart features, including the ability to touch your phone to it to start playing on it, plus quick control of it from a Huawei smartwatch – all of which make the package above make more sense.

Finally, it's got a ring of customisable flashing lights, for funky playback disco lighting.

We'll be testing the Sound Joy very soon to see if it lives to our expectations – come back for a full review next week.